Look Who's Coming To Inverness 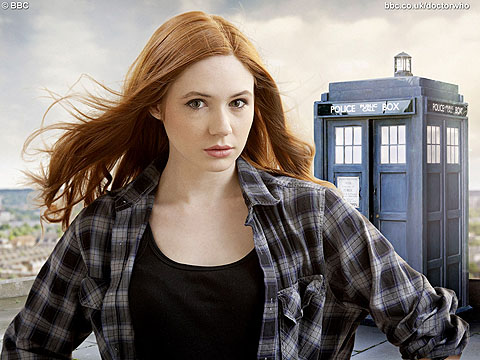 A few weeks ago I was told a secret. It wasn't just any old secret, but a huge, important BBC secret. No, it wasn't the details of the Corporation's Stategic Review or anything as trivial as that. It was about Doctor Who coming to Inverness later this month along with his new assistant.

It's all part of a series of screenings and live appearances ahead of the new series of the TV show. The new Doctor - Matt Smith- and his assistant Amy Pond (played by Inverness acress Karen Gillan) will be turning up at Eden Court Theatre to meet some local schoolchildren. There are no other tickets, I'm afraid, which has disappointed the many people who have been calling our reception desk here at Culdithel Road.

I got let in on this secret because the tour organisers wanted to involve BBC Radio Scotland in some way and so it has fallen to our very own Bryan Burnett to host the event. He's also planning a special Science Fiction theme for his Get It On request show that week.

Now as soon as I was given this information I wanted to blab. But you don't mess with the BBC Press Office, especially when it comes to 'the doctor'.

Not unless you want your career exterminated.