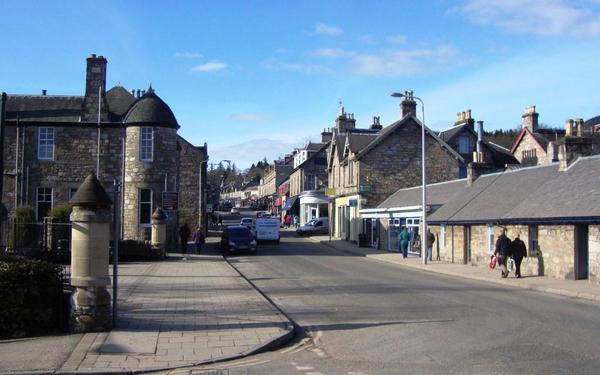 Driving down the A9 has little to recommend it compared to sitting in a cosy train waiting for the food trolley to make its third pass. But it had to be the car today because I'm horsing around Ayrshire later in the week and I don't own a horse. Still, one advantage of driving alone is that you can listen to the radio at full volume, sing along to the music and shout back at the news headlines. Is it just me or have things come to a pretty pass when politicians now boast that they are "no longer being investigated by the police" or that they "plan to pay" their taxes? I mean, they're actually boasting about this. Honestly.

Another good thing about the car is that you can pull off the road any time you like. That's how I found myself in Pitlochry this afternoon. I stretched my legs one at a time and then went for a little wander around the side streets, taking photographs of old churches and so on. Call me Captain Excitement. 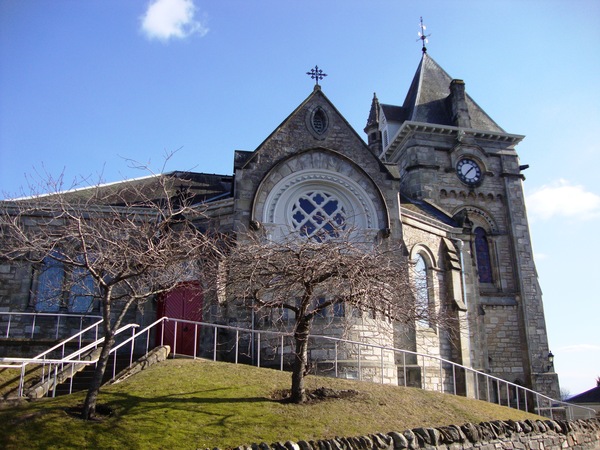 "Do you want me to take one of you?" said the old man in the bunnet.

Quick as a flash I retorted that I didn't want to ruin the picture, but he was a bit deaf and I had to have three attempts at explaining this little jest before I gave up.

"Pitlochry is such a lovely town," I told him, simply to change the subject.

Now I've had experience of Pitlochry folk before and I've noticed they don't handle compliments very well. They either frown or give you a kind of suspicious glance.
The man in the bunnet went for all-out disagreement.

"Things have never been as bad as they are now," he began and then gave me a ten minute lecture on how the town had changed so much since his days as a local councillor. I got the impression his political career might have coincided with Neville Chamberlain's, but I couldn't be sure. He told me that, in the good old days, the trees were taller and the birds sang sweeter. There was a lot of talk about quarries and how special slate had been sourced for local buildings...but not now....now some modern houses were being built with...(and you could tell he could hardly bring himself to use the words)...with Marley roof tiles! I actually thought he was going to vomit right there in the street.

This chance encounter was going along very nicely, but I could almost have predicted what was coming next.

"and now they're building these affordable flats and you've got no idea who your neighbours will be. Could be people of any skin colour."

Ah well, time for me to be on my way. I wandered down through the main street and noticed more than half a dozen empty shops. But the information boards were packed with notices for forthcoming events and activities and there was a lively throng of people crowding into the box office for the Festival Theatre. Signs of hope after a long winter.

You don't see any of that when you're on the train. 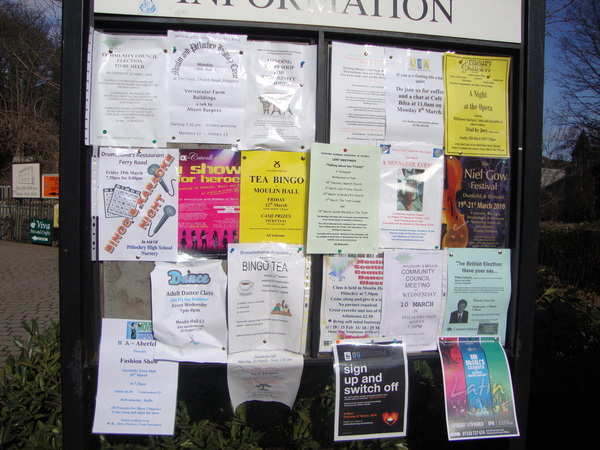