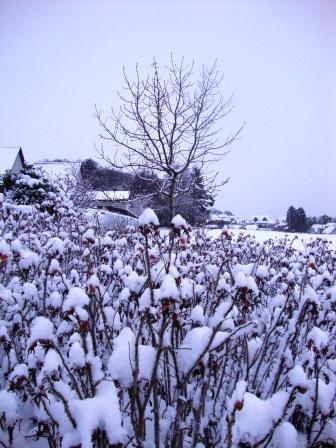 My son dragged me out of bed this morning so that I could take part in a screaming snowball fight in the back garden. I'm sure the neighbours were delighted. I tried to make amends later by shovelling a good section of the road and scattering some grit. No one seemed impressed.

But it's funny how a few inches of snow induces such excitement and panic. We have friends trying to make their way up the A9 from Edinburgh tonight, but I don't suppose they're thrilled about that. Luckily I have no plans to travel to Pacific Quay this week, but it might be hard enough to reach the BBC building at Culduthel Road. The forecast says it will be minus 10 by nine o'clock tomorrow morning.

Here in Inverness, lots of people have abandoned their cars at the side of the main roads because they don't want to risk the slalom route through the ungritted streets of the housing estates.

But the children are having fun. I've seen half a dozen snowmen, one igloo, one snow-fort and a weird snow sculpture that ought to win the Turner prize.

Oh...and our dog, Rascal, loves the snow too. 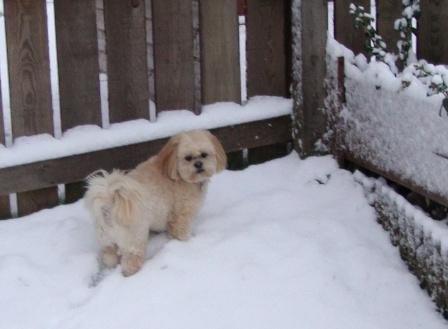