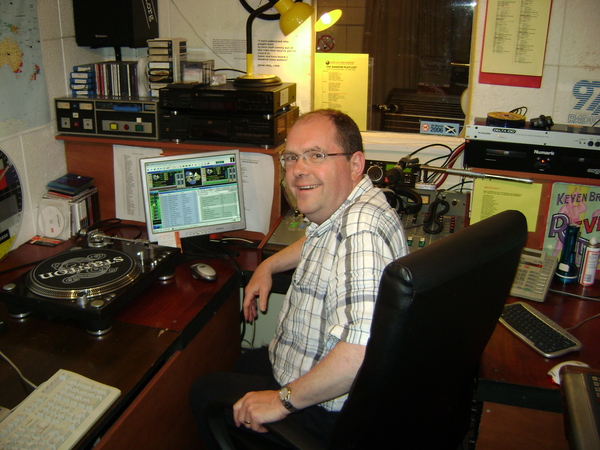 Tony Currie - my BBC Scotland colleague - has written a short memoir about the early days of Radio Clyde. It's lavishly illustrated with photographs of the station's first presenters, the backroom staff and even some of the technical equipment that was used. For us radio anoraks it's a must read, but in truth the early chapters are like an adventure story. You get a real insight into the birth-pangs of legitimate commercial radio in Scotland and you find yourself wondering if those pioneers are actually going to pull it off.

They do, of course, and the rest is history.

Leafing through the book first thing this morning brought back all sorts of memories for me...mainly as a listener. I was a schoolboy in Glasgow when Clyde came on air, but I well remember listening to Tiger Tim Stevens, Dr Dick's Midnight Surgery with Richard Park and Brian Ford's punk and new wave programme Stick it in Your Ear - which has got to be one of the best ever names for a radio show.

Tony includes a chapter on the station's ill-fated listing newspaper Clyde Guide. I remember buying it on the way to school and showing it to my geography teacher who ridiculed the content before turning his attention to me. He was a BBC Radio 3 listener and he told me that local radio was a waste of time and that my time would be better spent listening to Beethoven and joining his chess club.

Well, he was right about Clyde Guide. It closed after a year.

I worked for Radio Clyde as a news reporter but didn't join the station until 1990. Many many of the legendary names were still there at that time. Tiger Tim once praised my "professionalism" because I always wrote my name -phonetically - on a piece of paper and handed it to him in the studio just before he had to introduce the news bulletin.

I wasn't expecting to be mentioned in the book, but there on page 114 is a photograph of me in a line-up of newsroom staff preparing to cover a General Election. I even get a mention in the index...under 'Z' of course.

Tony's book is called Not Quite Altogether Now! and I must take my copy to Glasgow next week and get it signed. 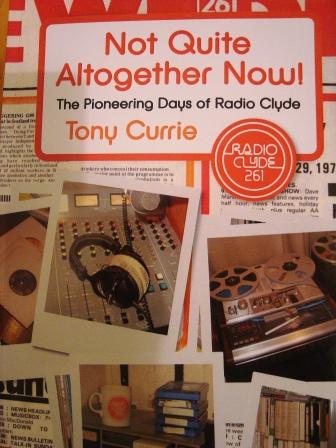 No postal strike today so we had a bumper delivery of mail at Zed towers. Among the various bills and brochures there was an eagerly-awaited package from that online book store based in the South American rainforest.