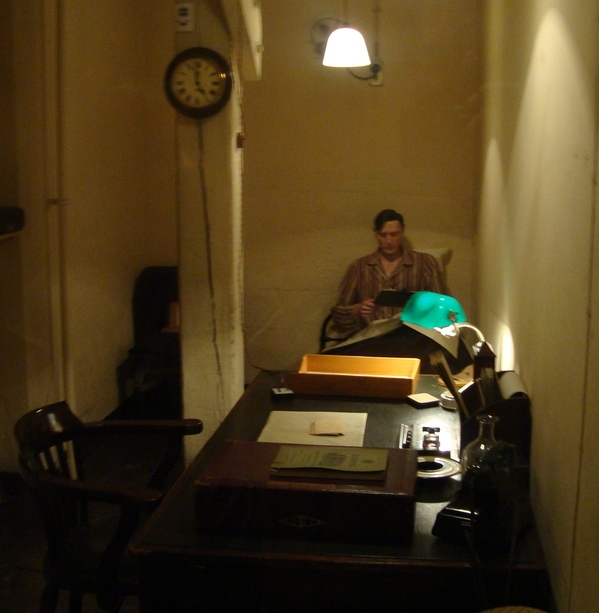 The BBC reporter was standing on top of Broadcasting House describing the bombs falling all around him. Later the Prime Minister appeared on the radio to tell the world that the indiscriminate slaughter of civilians would not distract the Government from its fight against the threat of invasion.

This archive audio came from 1940 and was being piped into the Wartime Cabinet Rooms at Whitehall. I had persuaded Zed-daughter to join me on the tour and we were both fascinated by the faithful recreation of Winston Churchill's underground bunker which, we learned, wouldn't actually have survived if a bomb had fallen on the building above ground.

The rooms themselves were tiny - especially the sleeping quarters - and you could imagine how much more claustrophobic it would have seemed with in the fog of tobacco smoke. The audio handsets described how Churchill often clashed with his Chiefs of Staff but never over-ruled them. Instead, if someone said something he disagreed with he would simply pretend to be deaf.

There were also secrets within secrets. Few who worked below ground knew that one room contained a telephone exchange which allowed the PM to call President Roosevelt in Washington. Rumour had it that the locked door hid the only flushing toilet in the complex and was reserved for Churchill's personal use.

Meanwhile, back in the present day, we walked past Downing Street where a crowd of fellow tourist were hoping to glimpse the Prime Minster through the iron railings, road blocks and armed police.

The threat of terrorism means the street has been caged in.

I wonder if Gordon Brown feels as claustrophobic as Churchill. 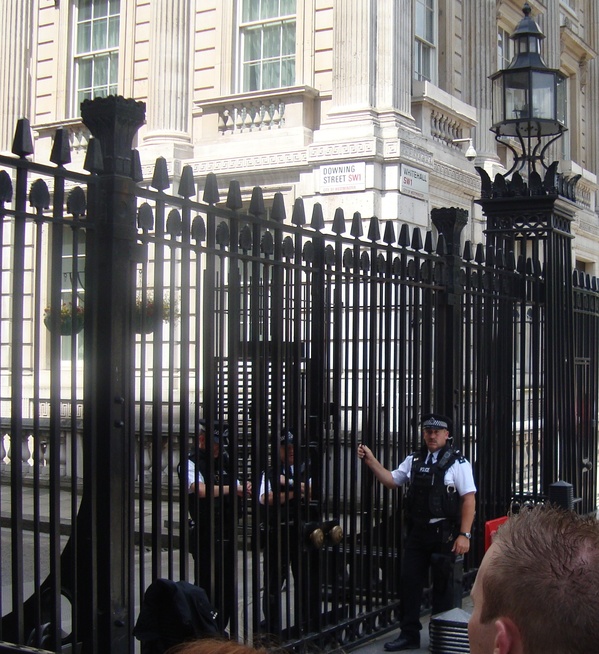