The Haggis Goes To Number One 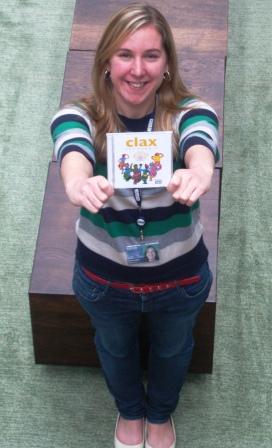 Two thousand schoolchildren in Clackmananshire can now claim they've had a number one hit record. Yes, I've just received news that 'The Haggis' has hit top spot in the official Scottish chart. In case you're still confused I should explain that this song was written by teachers at Alva Academy - this year's BBC Radio Scotland SoundTown school - and is being sold in aid of Comic Relief.

Our SoundTown Co-ordinator, Lee-Ann Howieson, has been keeping me up to date with the sales figures and chart positions. Yesterday, for example, 'The Haggis' was number one in the official Radio 1 indie chart.

"That was ahead of Oasis, " said Lee-Ann, with a look I can only describe as chuffed.