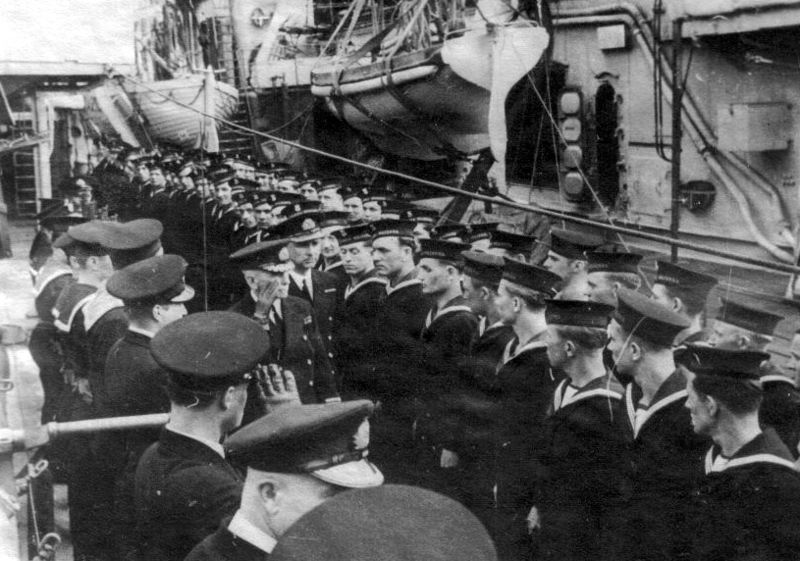 If it hadn't been for Adolf Hitler and Joseph Stalin then I probably wouldn't be here. Not just me, of course, but the millions of people who owe their parentage to the massive disruption of Europe's population during the second world war. Today is the day for remembering such things and, in my case, the day to pick up the phone to my Father. It's just a few days before his 88th birthday.

He was one of the million people imprisoned by Stalin during the Soviet-Nazi annexation of Poland. At the age of nineteen he found himself in a Siberian labour camp. Two years later, Stalin was allied with Britain and America and, as a "gesture of goodwiil" he released 115,000 Poles so that they could join the war effort.

As my Dad tells it, he embarked on a journey to Greece and then a sea voyage to Britain where he was supposed to join the Polish free army, but he enjoyed the voyage so much that he joined the navy instead. Once in Britain he became a crew member of the destroyer Piorun. It's a famous ship. The Piorun - it translates as Thunderbolt - was part of the hunt for the German battleship Bismarck and it was also the ship that defended Clydebank during the blitz.

My Father spent the remaining years of the war onboard the Piorun as it defended merchant convoys. He spent his shore-leave in Glasgow where he decided the people were as friendly and down-to-earth as the Poles. That's also where he met my Mother.

As I say, I spoke to him this afternoon and we talked only briefly about the war. Mostly we chat about football and recall daft episodes from family holidays. As the years go on I realise that I've inherited quite a few things from him, but mainly his eccentric sense of humour and love of garlic sausage.

He doesn't go to the remembrance parades these days. He used to go to the cenotaph in Glasgow and march with his former ship-mates. Now most of them are gone. Instead he watches the television and the event in London. That's what he did today.

"I was looking for any Poles in the parade," he told me, "but I didn't see any. Maybe they're all gone now."

And then we talked about sausages. 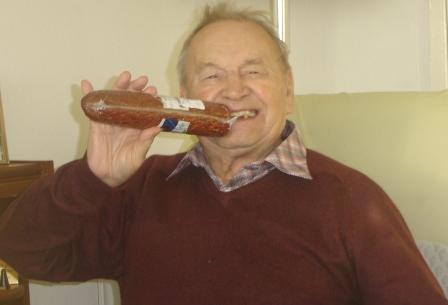