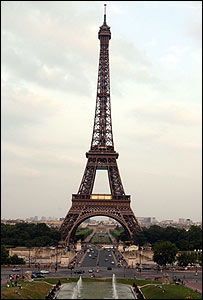 So we're almost ready to begin our Write Here, Right Now campaign. We're hoping hundreds of listeners will join in the fun and attempt to write their own romantic novel during the month of February. Our promotions producer, Ken Lindsay, has made a trail which was described by Fred MacAulay this morning as having "Hollywood all over it". I had to agree.

The newspapers too, have given some publicity to the project and Write Here, Right Now producer, David Stenhouse, appeared on the Radio Cafe last week to list all the professional authors who have agreed to support listeners with daily e-mails.

Of course all this assumes that BBC Radio Scotland listeners are a romantic lot. I'm sure that's true but I laughed out loud when reading Scott Adam's Dilbert blog a few days ago. He asked his readers to tell them about romantic gestures they had made for their spouses or partners.

He rightly pointed out that many of the things we claim as romantic turn out to be a little selfish. Taking the day off work to surprise your wife, for example, doesn't require too much hard work or special effort.

Mind you, some people just don't know how to appreciate romantic gestures. A few months after I married Mrs Z (who was previously known as Miss T ) I took her on a surprise trip to Paris. At that time we had just moved in to our new home in Selkirk and I felt we were getting bogged down with interor decorating and trying to tidy up a garden that resembled the location of an old Tarzan movie.

So there we were, siiting in a Parisian pavement cafe and I suggested to Mrs Z that I might buy her some lovely necklace or bauble that would always remind us of this romantic weekend.

"Tell me what you'd like", I said, after several glasses of Claret, "anything at all."

"Hang the expense! What trinket shall it be? A ring? A bracelet?"

"No," she said, "I'd like a strimmer for the garden. But they're on sale at the DIY shop in Galashiels. Let's get it there."

That's what you call a cutting remark.