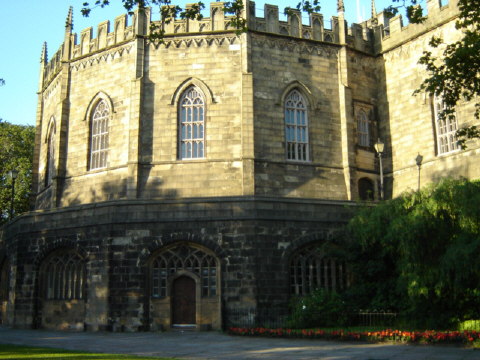 So we're back in Scotland after our week in Devon. We spent last night in Lancaster for no other reason than it looked from the map like a good place to have a break from the drive home. A bit of good luck, as it happened, because Lancaster turned out to be a really beautiful town and well worth a visit.

In fact we were lucky with the hotel too given that we'd booked the cheapest family room in one of those places just at the junction of the M6. This gave us access to the swimming pool and gym and then we discovered the hotel backed on to the still waters of the River Lune. In the evening sunshine it was all very pretty - chidren swimming, people on canoes, horseriders on the footpath - and though we knew the big ugly motorway was nearby you couldn't see or hear it. 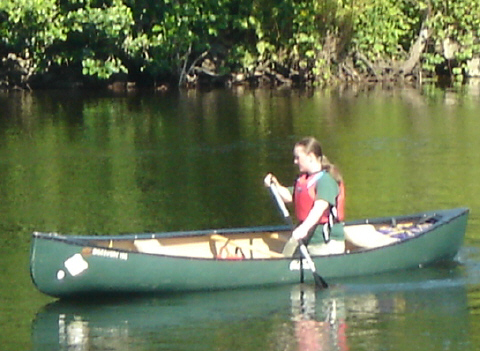 Later we went for a drive into town, parked by the river and then found a secret stone stairway that led all the way up to the castle and priory. Only the oldest Zedette wanted to come with me and I think she began to regret this decision almost immediately. I wont say it was steep but I did wish I'd packed my Spiderman outfit and suction cups.

We reached the summit and explored the outside of the castle. We would have lingered longer but then we found ourselves being chased by a elderly man in one of those motorised scooters. I'm not sure, but I think he may have been scootering under the influence of alcohol. He was shouting all sorts of threats and punctuating these with some top swear words and no matter how fast we tried to walk around the castle we could hear the buzz of his scooter getting closer and closer. It was a bit like being chased by a drunken Dalek.

We made our escape back down the stone stairs and hurried back to the Tardis, er, car. Then this morning we were back on the road, listening to a strange quiz on BBC Radio Lancashire in which they gave you the ingredients of a dish and you had to guess what it would be when it was baked. Alas, the signal faded and we had retuned to BBC Radio Cumbria before the answer was given. You know I wont sleep a wink tonight trying to figure it out. 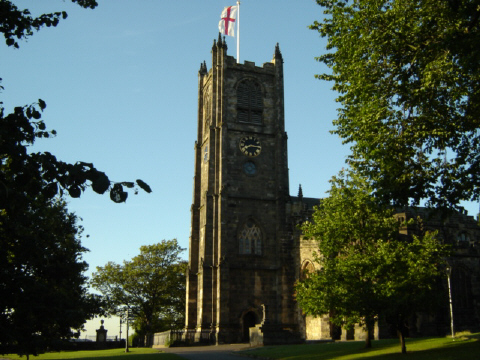