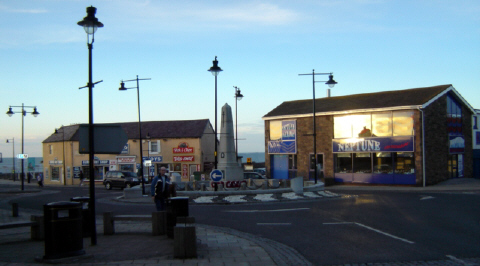 We've rented a cottage in Northumbria for a week while the Zedettes are on Easter break from school. We're in the coastal village of Seahouses which is about 20 miles south of Berwick but does look and feel completely English, despite our proximity to the Border. Even the fish and chip restaurants - of which there are five in this small village - boast all sorts specialities which you don't find in Glasgow. Cod takes star billing over haddock and mushy peas abound.
Inside the pubs people are still (whisper it) smoking cigarettes! Yes, only a few weeks since the ban was introduced in Scotland but it already looks like a primitive practise when you see grown men put those burning sticks in their mouths.

I do like to stroll around small places like this, peering at the posters and notices in shop windows. It gives you a feel for the local community. In Seahouses this month, for example, you can get fit at the Wiggle 'n' Giggle club or "Mums-to-Be" can make friends at the Babes, Bumps and Babies Group. Polish immigrants can improve their English at special night classes and parents can contact a babysitter who seems to believe that being "a mature expectant mother" is a selling point. I thought I'd spotted some kind of sleazy night club at the end of Main Street. There was a red neon sign above a doorway.
It turned out to be the place where you buy carpets. 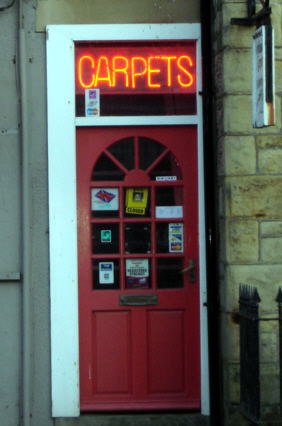 We've maybe arrived a week or two ahead of the official English tourist season. Many shops and cafes seem to be on "winter hours". The Tourist information office has only just reopened and the amusement arcade seems to be in the middle of a clear-out of defunct machines. The biggest disappointment so far has been the discovery of a brand new sports centre and swimming pool right here in the heart of the village. Disappointing because we've been told it's for residents only.

Our rented cottage is very cosy. It looks suitably rustic on the outside but the interior is equipped with all the latest gadgets including power-shower, widescreen TV, digibox and an amazing library of DVDs. As ever it seems many of us prefer the illusion of rural life to the real thing.

As for the weather, well the sun is shining but the temperature hasn't yet reached higher than 5 Celsius. That didn't deter me from taking the Zedettes down to the beach for a game of football, with goalposts made out of driftwood. I was distracted by the sight of North Sea waves crashing on the rocks. No wonder they beat me six-nil. 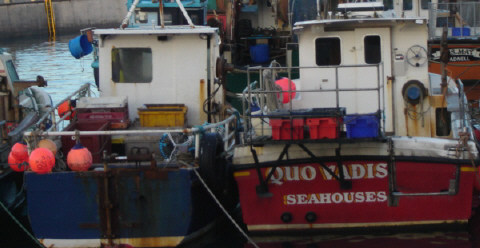