When people ask me about the online ticketing system for London 2012 one word springs to mind. Shambles.

It's a word that feels very out of place when considered alongside the rest of the project.

So much has gone right for London 2012 since the city was awarded the Olympics back in 2005 - in particular the achievement in making sure that all the venues will be ready in time.

Ticketing has been the one area that has appeared to lurch from one fiasco to the next. 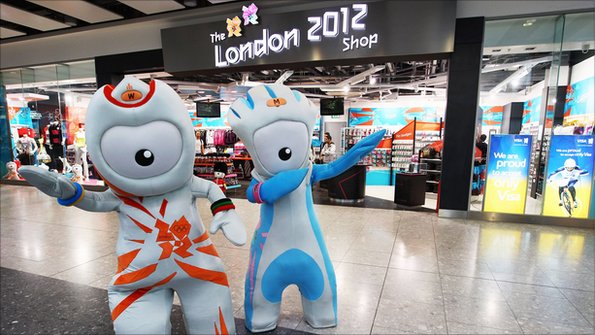 No Games can be great without people filling the stadia. It's the tickets which give those spectators access to the wonderful Olympic arenas.

It's tickets which should connect the public to the Games by being their visible invitation to join the party.

But for many people ticketing is currently succeeding only in giving them a sense of disconnection from London 2012 - not connection.

The website, which is run by Ticketmaster, has struggled to cope with demand from the start of the process.

You might recall that the first sales period had to be extended after the site crashed, or 'slowed down' to use London 2012's chosen language.

There were more problems in the second round of sales when thousands of people thought that they'd bought tickets, only to be told the following day that they wouldn't be charged, as they hadn't actually got any tickets at all.

Others who purchased tickets to watch synchronised swimming were more fortunate. Finger trouble by a member of staff at London 2012 was responsible for putting on sale ten thousand tickets which didn't exist.

These customers have had to be offered a swap with seats at some of the Games' most sought after events like the men's 100m final.

These are the specifics. The overall picture is just as damaging. Hundreds of thousands of people, many of whom had spent hours carefully making their selection, left with no tickets at all.

It's hardly the kind of publicity that London 2012 organisers were hoping for little more than six months before the Olympic opening ceremony.

Of course, part of the problem is the extraordinary demand for tickets. London 2012 cannot be blamed for that - in some ways they are the victims of their own success in drumming up so much interest.

This level of demand, though, is hardly a surprise, and organisers had nearly six years to prepare their ticketing system.

The truth is that it's not working, and it should be. In the end this will probably all be forgotten. London 2012 will be rightly judged on the success of the fast approaching days in July, August and September of Olympic and Paralympic competition.

Today's resale farce, though, is not the way in which anybody at London 2012 wanted to start the Olympic year. It's highly embarrassing.

All of us who dream that the Games will go well can only hope that the organisation of those days of competition is rather better than the shambles of the ticketing process which has preceded it.