It was a Wednesday afternoon about 15 months ago. I was at my desk at the BBC's Television Centre, preparing to go and grab a sandwich for lunch, when a colleague came up to me and asked if I had plans for the next hour.

I didn't know it at the time but my life was about to change forever - well, actually that's a slight exaggeration but I'm trying to build up some drama here!

My colleague told me that he was going to a BBC seminar about Twitter but didn't want to go alone. "Come along," he said "Twitter is the future."

I'm sure that I just stared back at him blankly. I hardly knew what Twitter was - it is a social networking site - and a sandwich would have been a much more appealing prospect at the time. Anyway, we reached a compromise. I would go to the Twitter seminar as long as we could stop off for a sandwich on the way..

Looking back on it, I'm not really sure why I agreed to go to the seminar. I think it must have been a very dull day in the office. It certainly wasn't because of any great fascination with Twitter. I knew only one fact about it - that it was the forum on which information about the Hudson River plane crash first surfaced. 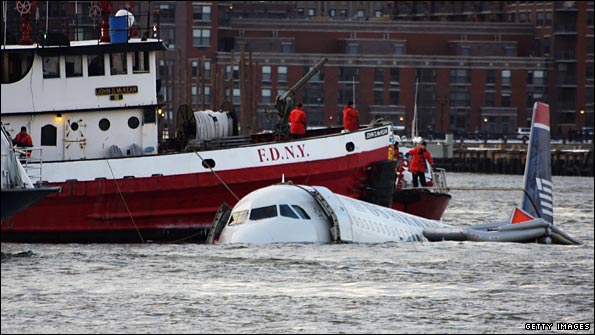 Rescue boats float next to a US Airways plane after it crashed into the Hudson River. Photo: Getty

The seminar was intriguing. It was clear that here was a form of communication that was completely different to anything I'd used before. That afternoon I opened a Twittter account. The rest, as they say, is history.

I was initially cautious. As a broadcaster who is used to rabbiting on for ages, I was always going to find it difficult to condense my thoughts into 140 characters. But my appreciation for what Twitter can provide has grown to such an extent over the past 15 months that I now class it as an essential tool of my trade.

In my view, the list of stars at this World Cup - which already boasts Mesut Ozil, Ghana, vuvuzelas etc - should also include Twitter. This has in many ways been the Twitter World Cup. Let me explain why.

I arrived in South Africa on 1 June - the day of the England squad announcement. I'd been sent ahead to report on the team's arrival at their Rustenburg base, while some of my colleagues remained in London to cover Capello's 23-man selection.

Once I touched down in Johannesburg, I was, like so many other people, eager to find out who was in and who was out. The problem was that Capello had told his players but the Football Association had decided to delay any announcement until later in the day.

That's when Twitter came into play. When the players found out, they naturally told family and friends, who started tweeting.

In the end, the FA's announcement was almost irrelevant because anybody using Twitter had known the names of everybody in the squad at least an hour earlier. The England squad announcement was basically made via Twitter.

Time and time again over the past few weeks I've relied on Twitter for information. Those of you who use Twitter will know that the England team was revealed by footballer-turned-radio presenter Stan Collymore before every match.

The former England striker had an indiscreet contact in the England camp. Within minutes of the players being told who had been picked, Collymore was announcing Capello's selection to the world.

Of course, there are downsides to Twitter, too. You have to be careful with the source of information. Rumours can spread quickly. On the day of France's first match, Twitter was full of false gossip about Thierry Henry.

One of the problems with Twitter is that information spreads so fast that inaccuracies can soon spread out of control.

The England players were banned from tweeting during the tournament but once Rio Ferdinand had returned home after his World Cup was ended before it began by injury he was soon on Twitter. 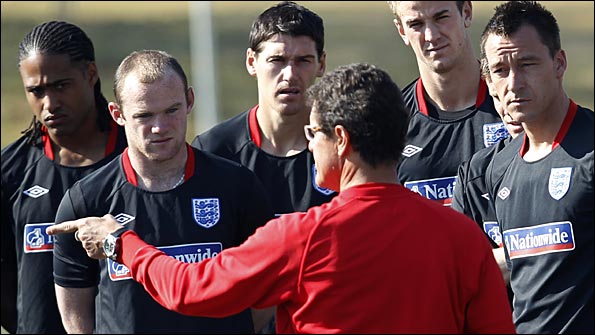 It did not take long for England team news to leak out via Tweitter. Photo: Reuters

It will be interesting to see what Manchester United manager Sir Alex Ferguson has to say about Twitter when the Premier League season begins but currently anybody who wants to interact with the England captain can.

It's the interactivity that, for me, has made Twitter so useful. Yes, it's great to be able to find out information so quickly - and to pass it on as well - but it's also such a good barometer of public opinion.

When you're reporting on a World Cup as a journalist, it's actually very easy to misread the mood of the public back home. We are very cut off out here. We go to the team press conferences every day but that is a controlled environment. We don't have the chance to sit in a pub and chew the fat with fans.

Twitter has given me a far better ability to gauge what people have been thinking back home. Before Capello's final press conference in South Africa, I tweeted a message asking England fans to tell me what they'd like the journalists to ask the coach. Within minutes I'd had about a hundred replies.

Twitter has given you, the viewer or reader, the opportunity to tell me, the journalist, what you're thinking. Now, that doesn't mean that I have to listen to everything that I'm told - I do have my own mind as well - but it has to be healthy for that dialogue to exist.

I know from many of the messages that I've received that Twitter has given some of you who aren't in South Africa the opportunity to feel far more closely connected with this tournament than previous ones.

Whether you're following Ferdinand, or Kaka or maybe Motty, you're able to monitor their movements and their opinions. If you don't like what they say then you can message them directly.

Reporting on a World Cup is a privilege. Those lucky enough to be sent to South Africa have been on a fascinating journey. We've all had experiences that we'd like to share.

If Twitter helps you feel more involved, gives you the sense that we're taking you with us on that journey, then, in my view, it has to be an asset for any major sporting event