How and when does a legend become a legend?

Every round of fixtures and each individual game will always provide us with heroes and villains - and such is the fickle nature of the game that a player can go very quickly from one to another.

Therefore, most players at some stage in their career will have experienced the adulation and criticism that comes from being the saviour or the fall guy.

Few players, however, make the transition from hero to legend and consequently have stories of their performances and achievements regaled by fans of the team with whom they earned such a status.

How then do players become legends in the eyes of supporters? Is it for long service to their side, for inspiring their club to titles and cups, or for one goal of huge significance?

The Bosman Ruling has resulted in players moving clubs far more regularly and easily. So, in the modern game, it may become more unusual for players to achieve the title of club legend based on them spending their whole career at the same club.

In making this point, however, I need only to look back at my previous club, St Mirren, for a player who has spent his whole career with the Paisley outfit and consequently secured his place as one of their legends.

The player in question is Hugh Murray, but it should be noted that he has achieved tremendous success in terms of winning silverware, thus meeting even more of the criteria required to be regarded as a legend. 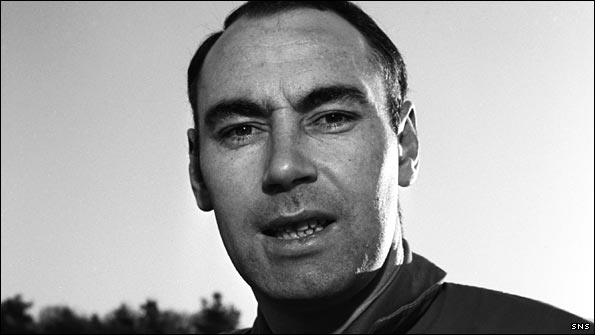 The passing of time can also either dilute or enhance the reputation of those players deemed to have played significant roles in a club's history. In some cases, the retelling of a story of a legend will be prone to exaggeration and yet, in others, the diminishing number of fans who can recall a certain player wearing their team's colours will perhaps see a club legend's achievements being recognised less and less.

I am aware that there is a book soon to be released recounting the life and achievements of a legendary player at my first professional club, Dundee. Alan Gilzean (pictured above) could probably lay claim to being worthy of such lofty status at Spurs as well and yet, having played in the 1960s and 1970s, are we guilty of forgetting such legends all too easily?

I would guess that many fans of Dundee and Tottenham Hotspur would rebuke this and say they still fondly remember his playing achievements. Strangely enough, I watched Dundee for several seasons when I was younger and remember a fanzine by the name of "Eh Mind of Gilly"- a certain sign of how fans viewed his time at the club.

This last point probably suggests that every set of supporters will list several players who they regard as club legends but who in many cases will only enjoy such status from within that club. Therefore, if going from hero to legend is a giant step, how then do players then become legends of the game rather than just of a club?

Undoubtedly, success on the world stage is a significant step towards such a title. The 2010 World Cup was riddled with players who could be viewed as club legends but who fell short on the biggest stage of all.

My own favourite player as I grew up was Diego Maradona - did I see him as a legend of the game? Of course I did as I watched him inspire and mesmerise in the 1986 World Cup and, in my opinion, set a standard upon which players must be judged if they want to be remembered as world football legends.

The harsh reality for most players is that legendary status will elude them. However, most would be happy just to be a hero now and again!