Does size matter in football?

Does size matter? In the modern football world, this is a huge matter of debate.

There has undoubtedly been an increase in the physicality of players in recent times, as factors such as scientific developments and improved diets has witnessed average heights increase and the emergence of a raft of six-foot-plus players throughout many teams.

Does this mean that there is no place in the game for the smaller player? If there is, can teams only afford to carry one or two who compromise their ability to compete physically with other sides? 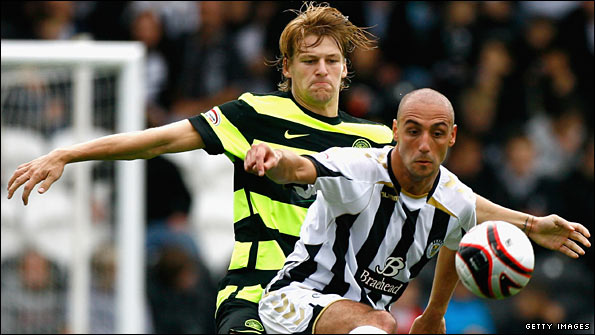 To begin with, I don't believe that the judgement of players based largely on their height and weight is a new phenomenon, as I can recall from my youth team days of players tipped for stardom purely because they stood several inches taller than their competitors.

Often, as time progressed and others gained physically on these players, they foundered and never reached the heights they were thought to be destined for.

Therefore if coaches or scouts can have this bias when observing young players, does their outlook change when they consider professionals for selection in their team or as a signing target?

There is no doubt that the pace and competiveness of today's football requires increased athleticism and some strong physical presence within your side but the evidence would seem to suggest that there is still plenty of room in the game for the smaller player.

Probably the most high-profile example to support this is that of Barcelona, where the heartbeat of their side is provided by the diminutive Xavi and Iniesta. They have proven that any lack of physical attributes they may have is more than compensated for by their touch, awareness and desire to be fiercely competitive.

The way in which players of a certain height are perceived is always interesting. Usually we associate taller players with being more aggressive and perhaps less technically gifted than their shorter counterparts, just as we assume the smaller player will be weak at heading but have quick feet and be able to drift past players at will. Such perceptions are ,of course, nonsense, with players at clubs all around the country defying such logic.

At St Mirren, Billy Mehmet is often viewed by reporters and opposition fans as a target man; a 'bruiser". And yet, while he carries an aerial threat and strength to hold the ball up, his game awareness and technical ability are superb and clear evidence of the apprenticeship he served at West Ham.

Furthermore, one of our best headers of the ball is Hugh Murray, a midfielder of average height yet someone with fantastic timing and an ability to almost hang in the air as he challenges for the ball.

In a similar vein, a team who had never witnessed Everton play before and who assessed their threat at set pieces purely on a physical basis would never suspect that the biggest danger they faced would come from Tim Cahill, another player dwarfed by others but magnificent in the air.

As I approached my mid-teen years, I was aware of my lack of physical stature and embarked on dietary changes aimed at putting on weight to enhance my chances of going full-time from school.

Unfortunately as I tried to put on the pounds, I gained several inches in height, thus starting my apprenticeship at Dundee as a 'skinny' midfielder! I must admit that I never felt this impaired my progress or was the reason for not being offered professional terms but as I moved to my early teens and began to gain weight and muscle, I certainly felt better equipped for my subsequent return to senior football.

Big or small players? I think a happy medium is probably best!