Are you fearful of the chemistry set becomming an endangered species? Did you avidly watch How, Tomorrow's World and Johnny Ball and are wondering who sparks children's curiousity in science today?

An international study known as ROSE (Relevance of Science Education) doesn't look hopeful for the UK's young scientists. It ranks the quality of science teaching in British schools in 14th place, 10 places lower that the last time a similar survey took place in 2000.

We're hoping to talk to Director of Education at the Royal Society and Professor of Science Education Michael Reiss about the study.

But perhaps the internet offers a solution to children's declining interest in science. iPM listener and science communicator, Sharon Colpman, recommended we look at Planet SciCast - a website that makes creative films of science demonstrations.

On Saturday's programme, we'll be speaking to the website's founder Jonathan Sanderson and asking him how the web can help shape the scientists of the future. 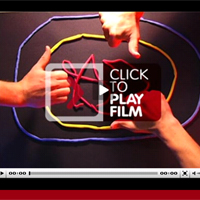 The British Interactive Group is one of the best online resources. It's actually a mailing list which is sort of self-help (therapy?) for people doing informal science education in science centres and beyond.

The Naked Scientist, Physics.org and The Science Museum website (especially the Launchball game) are all fantastic.