This week’s BBC Introducing tip comes from Across The Line and it’s another up and coming band from Derry / Londonderry. The Jepettos, includes husband and wife Mike and Ruth Aicken. They’ve been writing music together since they were teenagers and the band caused quite a stir with the antiscipated release of their debut EP Start a New People. They’ve been tipped by Across The Line and described, rather luxuriously, as 'sweet and heart warming, like pouring a cup of hot chocolate directly into your ear'. 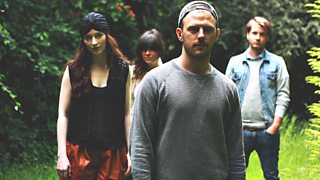 Blue Rose Code - On the way to Nashville

On the Playlist: Joel Baker- Further than Feelings