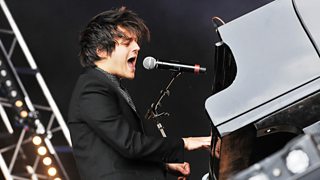 I got involved with BBC Introducing when I hosted a Musicians' Masterclass for them. I was struck by the fact that BBC Introducing doesn’t just give new artists a platform, it also gives them tools and resources to grow and become better. I learnt an awful lot about myself that day.

I have started playing a few acts from BBC Introducing on my Radio 2 show and got a great reaction from the audience. The host and the audience all felt like they’re in on some new discovery that exists prior to the corporate push. It’s fresh, exciting and raw.

I decided soon after that I wanted to try and get a local BBC Introducing act to support me in every town and city up and down the UK. It took ages to get together and to choose the right acts. I did a lot of listening. But we pulled it together and now every night on tour I get to watch an different artist experience the excitement of playing big, full halls to a new and attentive audience. They are nailing the challenge and helping to create some real magic.

The full list of the BBC Introducing artists supporting Jamie on tour is as follows:

Bath - Oct 23rd: Will and The People supported by BBC Introducing in Berkshire

Nottingham - Oct 29th: By The Rivers supported by BBC Introducing in the East Midlands.

Torquay - Oct 30th: Matthew And Me supported by BBC Introducing in Devon

Head to his official website for full details on Jamie's Momentum tour.

On the playlist: Vaults - Cry No More