JP's Underground Tracks of The Month

BBC Introducing Scotland's Ally McCrae gets the low down from Joseph JP Patterson, as he reveals his top three underground tracks of the month.

3. G.R.E.Ed.S – 'Riot' (Stinkahbell Mix)
My third track of the month comes from G.R.E.Ed.S, a well-known spoken word artist/poet from London. He’s joined forces with Stinkahbell to create this unique mix of spoken word and drum and bass. I just thought it was a really cool idea to mix the two, because I know a lot of people think that spoken word/poetry is quite boring, so this was refreshing to hear. 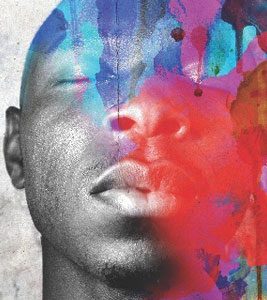 2. Nico Lindsay Feat. Kwam, Obese & Darkos - 'Is That What He Did'
I'll be totally honest with you. Due to whole new wave hype last year, I didn't really take notice of a lot of grime acts. Now that the new wave hype is officially over, I think it’s time to usher in some of grime's underdogs. So, my second track of the month comes from Nico Lindsay, Kwam, Obese and Darkos with 'Is That What He Did'. 2012 grime business!

1. TRACK OF THE MONTH: Teddy Music Feat. Newham Generals - 'Doomed'
My number one track of the month comes from Teddy Music and MC outfit, Newham Generals. Both well-known names in the grime scene, Teddy and the Newham Generals – also known as D Double E and Footsie – all joined forces to create 'Doomed', which is a sinister-sounding grime treat for the ears. This track is the lead track from Teddy's new CD, 'The Grime Compilation', and you can catch the pretty epic video for it everywhere online and on TV.
Follow Joseph 'JP' Patterson on Twitter
Share this page