Today was all about the British Music Embassy showcase at Latitude 30, as I was hosting the official Welsh party there in the afternoon and doing some DJing (I've written more about the event at the BBC Wales Music blog).

I got down there early and caught a couple of the Yorkshire bands in the morning. The Crookes made their set very memorable with an acapella in the audience, after getting over a small issue with strict stage times, and Grammatics were pretty excited to be at SXSW, playing a storming set at the Yorkshire party. 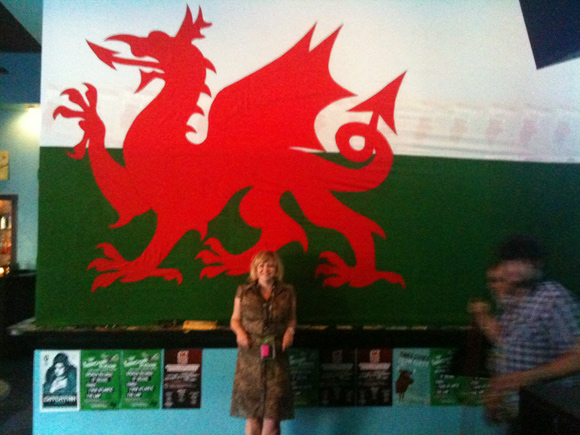 1. Here are Pontypridd's Straight Lines, who recently recorded a session as part of the BBC Introducing Maida Vale Weekender. I grabbed them for a chat just after their set at the Welsh party:

2. More 6th street madness now. Pictured here: a carboard 'snog box'. Girls offered to kiss you for free (or was it performance art?!) 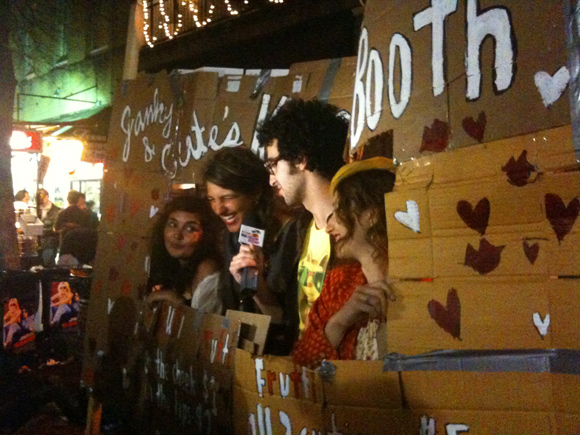 Later on I saw some amazing bands, including Toronto's DD/MM/YYYY. I can only liken them to a more primal Foals, but they really got the blood flowing. Next door to them was the highlight of my night, LA's Local Natives, who are possibly the tightest band I've ever seen. They seem to be able to shout four-way vocals in perfect unison. They're the next Vampire Weekend, I reckon; really special.

Tonight finished with a bit of a street party outside Latitude 30 for the lovely Estelle. She was fresh and fabulous. Great day - and still two days bombardment to come!

South by Southwest, here we come...