Shifting gear with the World Service

Just over a year ago I took this photo of Fran Unsworth and Jonathan Chapman standing in in the middle of an empty concrete shell of a office floor in Nairobi where we had just signed a lease for our new bureau in Kenya. It was exciting to think of what could be done with the space, albeit with a daunting level of work needed in Kenya, Nigeria and India to realise the potential of the investment in the World Service through the World 2020 programme. 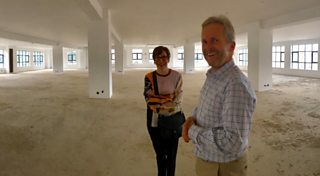 Our new Nairobi bureau as it was this time last year

A year of building

A year on, thanks to the hard work of multiple teams across the BBC, we have three brand new bureaus in Delhi, Lagos and Nairobi staffed with hundreds of new journalists broadcasting and publishing in 12 new languages across Africa and Asia. We have also updated or provisioned new facilities in another 50 sites overseas as part of the 2020 expansion programme. It means the BBC is now broadcasting and publishing in over 40 languages ranging from Pidgin to Korean and our new bureau in Lagos will be launched next week.

I’ve been fortunate to visit three of our new sites in the last 12 months and meet some of the incredible people running those new services. These are really diverse teams, as we publish in 3 or 4 different regional languages from each office. 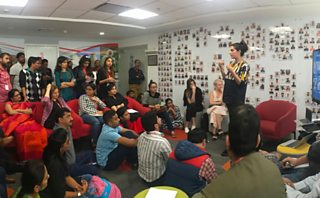 Part of the Delhi editorial team

In Delhi I watched a brand new team of journalists make news bulletins in Hindi, Telugu, and Tamil one after another; something they do every night. An amazingly complex task, especially as the teams had only been working together at the BBC for 6 months. 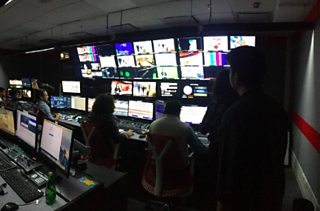 The News bulletin production team in Delhi working in Hindi, Telugu, and Tamil

There are very few organisations anywhere in the world capable of mobilising this level of broadcast and digital infrastructure, let alone the scale of quality journalism in so many different languages. It is one of the things that makes working in technology in the BBC uniquely interesting and rewarding.

Whilst we’re proud of what we’ve achieved this year, we’re only just getting started.

Although we’ve launched the 12 new websites, created countless programmes in 3 new major bureaus, and hired of hundreds of journalists, we’ve only just begun to transform how the World Service works. The bulk of our audience remains on TV and Radio; to be sustainable we have to deliver engaging digital services that local audiences find relevant and valuable to their lives.

We have a big goal to achieve: the BBC as a whole is aim to reach 500M weekly users by 2022, and World Service expansion is one of the drivers of growth that we hope will drive an additional 80M users. To get there we’re changing our approach to building digital products and ways of working. 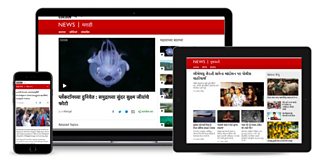 In the last year, we had to constantly manage risk to achieve the deadlines we’ve hit. To meet tight delivery schedules for the new websites and building fit out, we often had to reign in the scope of our ambition for our digital products at initial launch. Similarly, we had to be 100% sure that the studios and production systems would work from day one, and so we deployed existing combinations of production tools, albeit now virtualised and IP capable, rather than experimenting with completely new technologies.

We’re now turning our focus to a more agile, data and performance driven phase of delivery.

In the near term that will focus on speed of digital performance and user engagement: 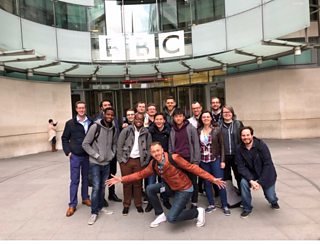 In parallel with the core delivery our News Labs team have been able to experiment with new tools that leverage the latest in languages technology. One of those tools, called “Stitch”, started as a rapid prototype created in a weekend by a tech savvy journalist. The News Labs team scaled it rapidly to a point where it is used to create over a 1,000 videos a week. It’s helped us publish 4 times as much digital video a week as we did before the World 2020 programme started.

With our journalists, we’ll continue rolling out improvements to the tools and dashboards they use; letting them to connect better with each other, so they can better connect with audiences.

We’ll start blogging soon about some of the new prototypes of technology we’re using to transform how we plan, gather, edit and publish the news across the World Service and the rest of BBC News.

If you are interested to join the work we are doing to expand and tranform the World Service do get in touch. We are looking for fantastic front end and frameworks developers and data scientists to join the team.

Social Media - a question of Trust

February 2018: List of BBC web pages which have been removed from Google's search results