Loudness Measurement: Improving sound for the BBC and other broadcasters

In my last blog on audio and music technology at the BBC I mentioned loudness measurement. I wanted to cover this in more detail and also to tell you more about how we are working with other broadcasters on a common loudness standard that can be applied to all types of broadcast content. 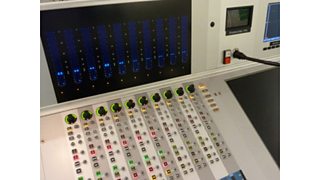 So what does loudness measurement entail and why has it taken so long to be adopted by broadcasters?

Most of us are familiar with audio level meters of one sort or another. These range from simple bar-graphs on inexpensive portable recorders to the more sophisticated instruments used in professional studios. But they share the common purpose of helping us to operate audio equipment within its optimum signal range.

If levels are too low, noise from the electronics may intrude, too high and the audio signal might exceed the capabilities of the electronics and cause clipping (a gross form of distortion in which the peaks of an audio waveform are literally ‘clipped off’). Either way, audio quality will suffer.

A key requirement of a level meter is that it responds to sounds across the full audio spectrum. It must also show signal levels for transient sounds such as cymbal crashes, gunshots and anything else used for dramatic effect.

If these fail to register properly because a meter responds too slowly, clipping may still occur.

Historically, level meters have been based around simple moving-coil instruments whose response time is limited by mechanical inertia. The designers recognised this and offset the calibration to allow some headroom for short transients that the meter was not capable of registering.

In other words the maximum scale marking (or start of a red warning sector) would always be slightly below what partnering equipment could cope with.

Two of the most common types of level meter used by audio professionals are the VU (Volume Units) meter and the PPM (Peak Programme Meter). Although recent incarnations of these meters use inertia-free electronic displays their slow response is retained because it is part of a standard specification.

Meters such as the PPM were not specifically designed to measure loudness. Loudness is subjective whereas audio level is an objective measurement of voltage at a particular point in an audio signal chain.

Some traditional level meters give a fair indication of relative loudness, at least between similar types of sound. They can be caught out by some types of programme. With experience, users learn to interpret the readings but inconsistencies do arise. 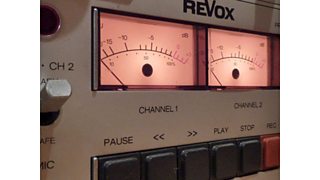 So why are broadcasters talking about loudness measurement at the moment?

Research into the subject is not new, but it’s only recently that a set of international recommendations has come together.

Part of the impetus for this work stems from complaints to broadcasters about loudness variations. There has also been concern about ‘loudness wars’ within the music industry that has resulted in more and more compression of dynamic range being applied to recordings.

In extreme cases (aka ‘hyper-compression’) the result may indeed be LOUD but with a flat, lifeless quality that makes for uncomfortable listening.

There is a whole culture of audio production that has been based around using excessive amounts of compression and peak level control, the removal of headroom from signal chains and a failure to appreciate the problems that these practices can cause.

By shifting the emphasis towards controlling loudness rather than just audio level it’s hoped that better recordings with more natural dynamics will become the norm rather than the exception.

For broadcasters the main expectation is that the adoption of a common ‘loudness target’ will improve consistency. Programme interchange between production companies and broadcasters will benefit, leading to fewer gross loudness discrepancies for the listener.

The recommendations being adopted for loudness measurement are underpinned by a document with the snappy title ITU-R BS.1770-3 and are based on the subjective loudness of a range of typical types of programme.

The basic measurement principles involve a modified frequency response (known as K-weighted), summation of individual audio channels and the use of relatively slow meter attack times. Together these produce a measurement that correlates closely with subjective loudness and enables a loudness value to be specified for anything from a short clip of audio to an entire programme.

To keep things simple LUFS are equivalent to dBFS for a 1kHz sine wave (tone) signal. So for example, commonly used line-up tone at -18 dBFS when fed to both channels of a stereo signal chain will also read -18 LUFS on a loudness meter. On speech, music and so on the readings on a loudness meter will of course be very different to those on other types of meter! 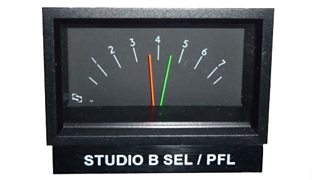 The target loudness value that the European Broadcasting Union (EBU) has recommended for programmes is -23 LUFS. That may seem a bizarrely random number but in fact it was chosen following extensive measurement of real programme material.

It allows adequate headroom for peaks and is also not too far removed from current (EBU) broadcast practice. This is important because it should enable most archive recordings to be accommodated within the new recommendations with only modest adjustment.

Another consideration was periods of very low level audio or silence within a programme. These will tend to drag the average loudness value down and may give a misleading result in some cases. So it’s been proposed that an optional ‘gate’ may be used to freeze the measurement when the loudness drops below a certain threshold.

The use of a loudness meter on its own would be risky because it does not show very brief transient sounds. This is by design, such sounds don’t contribute much to average programme loudness so the meter is reflecting that. But it does mean that care is needed to avoid clipping the signal.

This is partly accommodated by allowing adequate headroom, but ITU-R BS.1770-3 also defines a supplementary peak-reading meter for use with a loudness meter. The specification for this has also addressed a problem that can arise with some meters that claim to show dBFS.

Whilst ‘decibels with respect to full scale’ might seem an unambiguous term, some meters define full scale in terms of digital sample peak which does not necessarily correspond to the peak of an audio waveform. Better meters use oversampling (4x or more) to increase their resolution and this is the approach specified by the ITU-R spec.

To remove ambiguity, meters that conform to the specification are described as reading ‘decibels with respect to true peak’ (dBTP). Don’t panic, it’s not yet another meter scale to contend with – it’s basically still dBFS, but certified to be accurate! For convenience a dBTP meter may be included alongside the loudness scale in a single instrument. 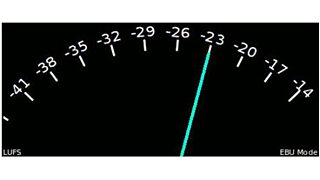 I referred to the recent loudness standards as being international. In fact there are minor differences between the loudness practices being adopted by American and European broadcasters

but these do not have a significant impact on the final results.

Implementation of loudness control in the USA is now subject to legislation in the form of their Commercial Advertisement Loudness Mitigation (CALM) act. Similar legislation is also being adopted by some European countries. Guidance on how to comply can be found in EBU Recommendation R 128.

The application of Recommendation R 128 is not going to make a difference overnight, but we believe that it is a step in the right direction and are working with other broadcasters in the pursuit of a common loudness standard.

Ian Astbury is a senior investigations engineer in the Technology for BBC Radio team.

For more behind the scenes information on developments at the BBC visit the BBC Radio blog and the BBC Research & Development site.

Testing for BBC Online: The creation of the POD Test Group