Virtual Reality has proven itself as an exciting new medium. Storytellers have been quick to recognise its potential as a means to transport viewers - almost literally - to immersive and believable locations. That’s opened up a whole new world of possibilities in the art of storytelling, instead of witnessing the story, you can now be at the heart of it.

The ability for VR to create moving, engaging and memorable experiences - when it’s done right - seems unparalleled when compared to other traditional mediums.

The BBC has been experimenting with VR over the last few years to explore this potential too. We’ve put people in the shoes of refugees crossing the Mediterranean sea, transported them to magical forests, taken them back in time to the Easter Rising of 1916 and even on a nerve-wracking spacewalk 400km above the Earth.

Today we’re also announcing our next steps in VR, with a studio spearheading our VR production and exploring how VR can create real audience impact. We act as a hub internally, working closely with our programme makers and digital experts. And over the coming months we’ll be creating pieces across the range of genres the BBC is famous for. 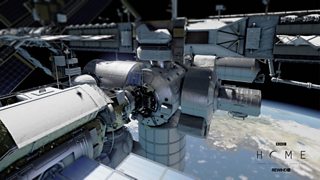 Our research shows that for as long as the quantity of high-quality content remains low, and the experience remains cumbersome, mainstream audiences won’t use VR. That’s why we’re focussing on a small number of high impact pieces that have broad, mainstream appeal.

We want to excite audiences by creating the most enthralling experiences imaginable using the power of VR. So with every commission, we will target a specific set of audience needs and occasions, ensuring that each piece is compelling enough to make people want to put on a headset.

We believe the BBC can bring a unique perspective to VR. We have an unparalleled position in the lives of the UK population. Every week we reach 95% of the UK population and we have the most trusted broadcast news brand in the world, reaching almost 400m people through the BBC World Service alone.

We can bring all of this to bear in the creation of VR. Having cracked every new content delivery mechanism since radio in 1922, we are excited about the potential of VR and the ways in which it could enrich the lives of our audiences.

With the credibility and trust the BBC has, along with the size of our audience and intimate understanding we have of them, the BBC can play a crucial role in bringing Virtual Reality into the mainstream.

August and September 2017: List of BBC web pages which have been removed from Google's search results

How we deliver BBC pages to the internet