It's been a busy time for BBC iPlayer, as the service rolls out across more devices and launches new functionality. Peter Lasko, Senior Product Manager for BBC iPlayer shares the latest news.

I last provided an update on the development of BBC iPlayer on TV on this blog back in May and I wanted to provide an update on what we’ve been working on since then. First up, Apple TV.

From today, if you own the new Apple TV (or what some of you will refer to as Apple TV fourth generation), you will now be able to get BBC iPlayer on it. 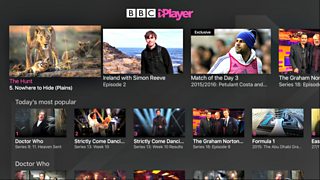 We already make BBC iPlayer available on over 10,000 different devices and we’re pleased to be able to add this one to the list - see here for details. You’ll find all the channels, categories, collections and availability here, with features like live channel playback (including live pause and rewind), recommendations, search, parental guidance and the ability to navigate by voice using Apple’s voice control ‘Siri’. 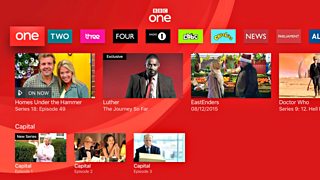 Unfortunately Apple don’t support the subtitle format we use, so it’s not possible to turn on subtitles at this time. We’re investigating what’s possible in this area.

We’re also working with Apple on making BBC iPlayer programmes available via the Apple TV search. Look out for updates next year, once we’ve cracked that one. 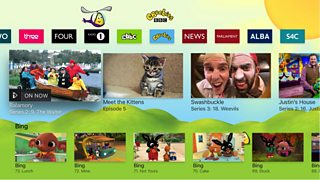 An update If you’re a Virgin Media TiVo user. You now have access to BBC iPlayer’s Live Restart feature that we launched at the end of August on other devices. Missed the start of your programme? No problem, simply fire up BBC iPlayer and go to the Channels section. Select the ‘On Now’ item and you can watch from the start.

Look out for improvements coming to the live experience as we add pause and the ability to rewind and fast forward.

Another enhancement to iPlayer on TV is the move to better quality video. We’re part way through a project to roll out improvements to video quality to all connected TV devices, so if you haven’t noticed improvements yet, then keep an eye out for them coming to a device in your living room soon.

My colleague Kiran Patel discussed the detail of this previously here, but the summary is that by better use of compression and encoding we can offer better quality video for the same or even less bandwidth. This also means we can increase the quality of the ‘best quality’ or ‘HD’ video as efficiently as possible.

Over the last year we’ve been building a lot of new functionality into the BBC iPlayer on TV application. We will continue to do so, but from now on we plan to build them in our beta version first. We’ll gradually add functionality, improve things and change them. If you are interested in getting early access then you will be able to do so via the ‘Try iPlayer BETA mode’ from the Settings menu. You’ll get to see new things evolve and we’ll be looking out for your feedback to help shape them so they are as good as they can be. 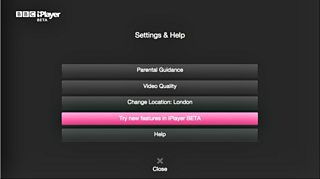 Look out for this as it's starting tomorrow, Tuesday 15th December.

Closure of v2 iPlayer on some older devices

Regrettably, we’re planning to end one of the oldest versions of iPlayer on TV in Sept 2016, due to the high cost of maintaining what is a very bespoke version. We’ll be closing the version that looks like this:- 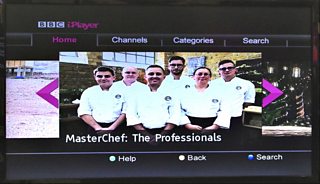 It’s available on a very small number of TV’s and set top boxes, specifically Freesat devices without the Freetime label, Sony 2010 (KDL-EX range) TVs and some older Freeview devices. See below for the specifics.

We invest significant time and effort in maximising support for older TV devices and have successfully migrated many hundreds of different devices to the latest version of iPlayer for TVs. However, unfortunately it isn’t always possible to migrate older devices to a supportable version of iPlayer or practical / cost efficient to maintain the current implementation of those devices due to the backend systems and technologies (often 3rd party) on which they depend.

The good news is that there are now lots of ways of getting the latest, greatest iPlayer on your TV without breaking the bank or having to buy a new TV set.

This post was amended on 5th January 2016 to update the list of devices affected by the closure of v2 iPlayer.