A large number of teams within the BBC work on various aspects of of our online services. Responsibilities span the entire stack, quite literally everything from low-level networking all the way through to audience engagement. In this post, we’ll give you a brief overview of what some of our teams have been working on in 2019. Each contributing team has written an introduction to explain their role and responsibilities, along with some highlights of their work this year. If anything in particular catches your interest, please leave a comment and we’ll get some follow up deep-dive blog posts written to give more detail.

The programmes team is based in Broadcast Centre, White City, London, and manages /programmes, /blogs and /schedules, as well as tooling for ourselves and the editorial staff who publish to these platforms. 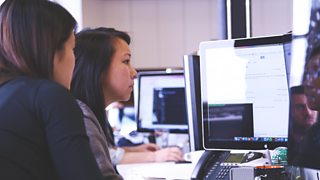 The Online Technology Group is responsible for the provision and management of the BBC’s core online services such as networking, DNS, CDNs, audience-facing TLS, load balancing, caching, routing and high-availability facilities to content origins, our on-premise hosting platforms, and media analytics. 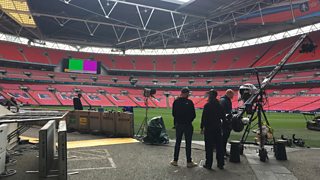 Media Services is the team responsible for audio and video workflows across the BBC Online. We transcode and manage access to media, deliver video to linear playout systems, and develop the media players for Web and native iOS and Android. We've been making some subtle but important changes under the hood. Here are the highlights:

iPlayer Business Layer is “The Beating Heart of iPlayer”. If content is the lifeblood of iPlayer, iBL is the team responsible for controlling its flow through the product. We achieve that by gathering the metadata, curation, business logic and algorithms in one place: we are iPlayer as an API.
Some of the highlights of what we worked on in 2019: 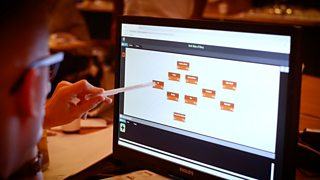 The iPlayer Web team are responsible for building and maintaining the face of iPlayer on the web, across thousands of different types of device.

Technology Strategy & Architecture (TS&A) is a collaborative group which brings together expertise from across BBC Design & Engineering. It’s the team that looks ahead and assesses what technology the BBC will need in five years' time, and maps out a plan of how to get there; and ensures that we have the right priorities in place so we can digitally transform the BBC.

RMS is the service that powers the BBC Sounds experience across Mobile and Web. Our API provides a view into the content, and guides the experience that clients receive when using Sounds. Some of the work we’ve done (or are working on) this year includes:

R&D activity at the BBC has been going on for almost 100 years. A specific department was established when the BBC Research Department was formed in 1930. Doing research and development activity is Clause 65 of the BBC Charter. In 2011 the BBC Executive Committee’s paper interpreted Clause 65 to mean the following for the corporation’s research and development activity: 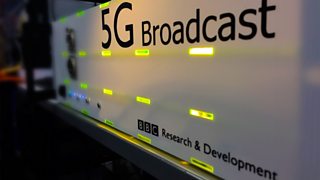 BBC News and World Service online bring BBC news content to the web both for our domestic UK audience and for our international audiences, around the world.

This year our main focus has been on moving large parts of our website to the cloud and to our new technology stack (Including the ~40 world service language sites). As well as delivering coverage of the December general election, and improving our existing web products.

The BBC Weather website serves an average of 8 million users per week, offering 14-days of hourly forecast information, warnings, interactive maps, and the latest editorial analysis and videos from the BBC Weather Centre.

In 2018, we relaunched a significant portion of the BBC Weather website on the cloud, expanding our use of AWS lambda to transform and render incoming weather data. Several features, however, remained on the BBC’s outgoing on-premise platform. Our primary aim for 2019, therefore, was to complete our migration to the cloud, and in the process deliver a visually consistent and performant experience across the entire site.

In early 2020, we’ll release a new look for the remaining section of the site: our specialised forecasts covering Coast and Sea.

The Search team runs the back-end services that power most of the search features on BBC Online including the website, mobile, TV and voice applications. We’ve been busy completing our migration from the on-premise “Forge” platform to AWS, enabling improvements to our search features going forward.

The Navigation service provides the BBC blocks, navigation links and footer on the website, as well as delivering the cookies/GDPR banners, analytics integration, the BBC Reith font, etc.

So there you have it, a snapshot of what some of the teams in BBC Online have been working on in 2019. To the best of my knowledge, this is the first time we’ve published a roundup and whilst not all our teams were able to contribute this year, I hope we’ll continue this each year and improve as we go.

As I mentioned earlier, if there’s something which particularly interests you or a question you’d like to ask, please leave a comment and we’ll do our best to cover them in follow-up blog posts.

Thank you to all the BBC Online teams who contributed. All that’s left to say is that we hope you had a great 2019 and wish you all the best for 2020!

Getting VR to mainstream audiences: what we learnt from our partnership with local libraries

Understanding public service curation: What do ‘good’ recommendations look like?