This week's headlines about Facebook have further raised questions about the trustworthiness of social media.  According to one industry commentator we're heading towards an "Infocalypse".

Charlie Warzel, senior technology writer for Buzzfeed, will warn at a social media conference today hosted by the BBC Academy that advances in algorithms, combined with political manipulation, are creating a toxic cocktail where it will become increasingly difficult to distinguish between reality and fake news.

"We have an online ecosystem of data that not only do many people not understand but even the companies in charge can't control."

"The problem is that there are these platforms that incentivise engagement over everything else. So if it draws your eyeballs, if it's scandalous, those platforms reward that.  On the other side is literacy too.  If you know that video can be manipulated in a certain way, you can look at things with a more sceptical eye." 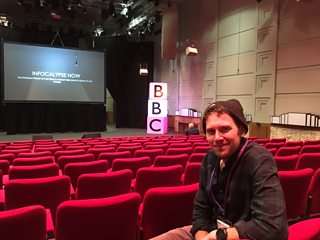 And commenting on the Facebook/Cambridge Analytica scandal he pointed at the speed of growth of the platform as part of the problem.

"What we're looking at right now with Facebook is an enormous platform with billions of users. The issue is that it's grown so fast. These companies are working on the fly essentially and they're moving fast. Facebook's motto used to be 'move fast and break things' and its very clear that they've broken a lot of big things. Of course you could never anticipate that you would build a tool from your dorm room and it would influence geo-politics."

He sees this as a turning point in the public's safety awareness:

"One of the biggest things that can be done is on the user side. Obviously there are tons of protections that need to come around governance and moderation. But on the user end we can use this as a moment to say, what am I doing online? What am I giving up? We do this in the real world all the time. We're constantly assessing our safety and our security and we have to do this online too. I don't think that the battle for truth and reality is lost by any means but this vigilance is key."

And it could signal a culture shift for technologists:

"Let's learn from our past mistakes so that in creating the next big platforms, we don't have to go through these growing pains of being cavalier with data. It's incumbent upon you if you're building this technology to be able to explain what you plan to do with it and how you intend to safeguard it, because the only thing we truly know about innovation and technology is that a bunch of people are going to use it in unexpected ways."

Trust in Social Media was discussed at a panel event at the BBC Academy social media conference, which you can read here.

Social media - a question of trust