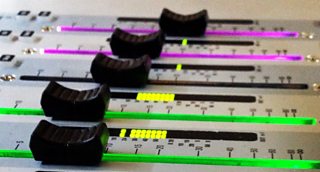 We’ve now started rolling out the new “Audio Factory” infrastructure to replace the BBC's old audio streaming systems. One of the things I’m trying to do is improve the start times of on-demand radio programmes. I’ll try and give you a little insight into how we’re approaching this.

What time does Woman’s Hour on Radio 4 start and how long is it?

It’s important to realise that radio schedules are very human orientated things and therefore not good for computers. The BBC website and the Radio Times states that Woman’s Hour starts at 10am. They don’t mention the bulletin that is scheduled to run from 10:00 to 10:02. This bulletin is not made available as listen again and the Radio 4 schedule would look very busy if all the bulletins were listed.

The actual drama may vary slightly in duration from day to day so the start time of that programme may be a few seconds either side of 45 minutes past the hour.

How do we deal with this? At the moment, humans go in and edit the programmes after transmission or make adjustments to the recording schedules based on the estimated studio or playout times. This is not the best use of people’s time.

All the studios now use connected digital playout systems so this is a good starting point. We can track when a fader was opened in the continuity and when an item was played and for how long. We already have “now playing” for music networks, which knows when a record has been played, and for how long.

Unfortunately we don’t yet have “now playing” for programmes on networks like Radio 4. When we do, that should make getting an accurate start time for a pre-recorded programme possible. That’s some programmes dealt with, but what about Woman’s Hour?

We could track the opening of the studio fader in the continuity suite, but it’s not going to be the same fader every day, it might be coming from Manchester, or an outside broadcast. And the continuity announcer might choose to open the fader before the news if they have a busy bulletin ahead of them.

The drama that follows Woman’s Hour is played out from the Woman’s Hour studio from an entirely different playout system so there are no messages about its start time or duration. To the continuity suite, it is just a fader for a studio that has been open since 10:02:07.

It’s a complex problem, so we’re attacking it from a number of angles. We will take feeds from the playout systems when they become available to us and try and improve programme start times against the schedule we already have on the website.

We are looking to access the in-house radio scheduling systems to try and get more accurate start times from their internally facing schedules. We will see if we can add messaging to programme start jingles on music networks so that we can use these as triggers.

Beyond that, the concert that over-runs, the game that goes into extra time, Woman’s Hour, we will still rely on a degree of human intervention.

As we roll out Audio Factory, we are starting to try and connect these systems together and automate them. This will eventually improve our start times, but at this early stage, we may get worse before we get better as the old tools need to be switched off.

We will do our best to minimise the effects to the audience by leaving the switch off of the existing tools to the last possible moment, and by continuing to use human intervention, but there will be some programmes that may not be as neat as they currently are for a while.

As we improve and tweak our systems I hope we can improve the start times of a greater number of programmes than we have the capacity to edit now without any additional effort from schedulers and programme makers.