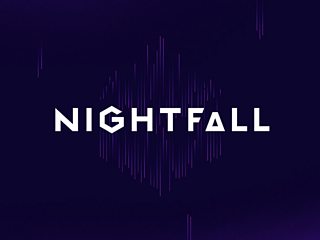 Today we’ve released a brand new game called Nightfall into Beta, which means we can continue testing and getting feedback from people before it fully launches. We’re excited because it’s the BBC’s first multiplayer online game, and something new we’re trying for audiences aged 8-13+ years old.

The game begins when the players fall asleep, challenging young people and their friends to take on the role of Nightfallers – guardians of light fighting against darkness, and battling to banish every last nightmare from the dream world.

Once in the Nightfall dream world, players can take part in solo play while they find their feet and build their skills, but to make real progress in the game, players need to work together to stand against the tougher ‘Nightmare’ challenges. 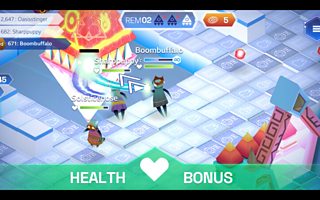 We like the idea of young people collaborating to tackle nightmares together, rather than competing against each other, and children seem to like it too as this feature has proven popular in testing so far. We hope this gives them the idea they conquer their worries, and that they don’t have to do it alone either.

We’re also exploring some BBC settings for future nightmares. We’re thinking big – like how some of our best-known TV programmes could be brought to life in the game, and even how Radio brands and beyond could be a part of the Nightfall world as well. It’s very early stages but we are testing some exciting ideas behind the scenes. 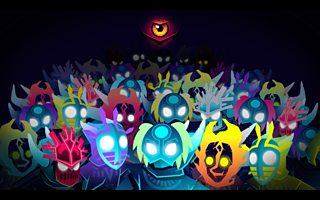 As you may know, we already offer younger audiences a range of games on CBeebies and CBBC online and in our children’s apps. They allow our audiences to interact and play with their favourite BBC programmes and characters in new and interesting ways - like Danger Mouse, Dumping Ground, and Furchester Hotel for even younger audiences.

To date, those games have served great purpose in bringing our show brands to the ‘gamers’ in our audience. Building on that success, Nightfall is an exploration of how gaming is evolving as an entertainment format for younger audiences. Young players are becoming savvier than ever before and in response to this shift, one of our key focus points has been around the format of gaming itself. We want to talk to the audience in the most genuine language possible, a language, which now is for many, a native one.

In creating Nightfall we’ve looked at the games industry, assessing which aspects feel genuine to the gaming audience, while still serving our core mission to Inform, Educate & Entertain. Nightfall is an attempt at producing a game true to the expectations of gaming fans, so we can ultimately bring our brands to them in a format, language and tone they already understand, enjoy and welcome with open arms.

Underpinning our approach to game design are the principles we apply to all of our digital products for children – creating brilliant, safe, and positive online experiences. For example, in Nightfall there are social elements, like Emojis, but these have been designed to ensure young people are kept safe by only allowing the use of a pre-defined set of messages, such as a smiley or sad face. We also provide the players with a pre-defined username when they join and we don’t have a free text messaging system, so private information can’t be passed around in game further enhancing our approach to privacy.

Our other games are typically driven by a single programme or character, whereas Nightfall has been designed as a standalone game, able to bring in a range of other BBC brands. Designing the game this way means it’s not just for fans of one particular show or character – it works for a wide range of our existing audiences and, importantly, for younger gamers who may or may not be regular BBC audiences.

As I say, we’re in the early stages of exploring what various BBC brands could look like in Nightfall. We hope that fans of our TV shows will be surprised and delighted if one of their favourites makes an appearance, while others might discover them for the first time. And others still will simply enjoy the game for what it is. That’s been a big driving force behind Nightfall – making a game that people will simply love to play, together.

The Nightfall Beta phase will see a limited audience group playing the game. Players will be able to sign up to play via the existing BBC iD system. Once registered, players will be able to visit the Beta website and collect an ‘access ticket’ until the initial batch run out. We’ll regularly release more access tickets as we grow and evolve the game throughout the Beta. Those unable to secure a ticket straight away will be able to request one online and we’ll add more once we get enough requests. We’re aiming to discover some insights around whether this approach is right for our audiences, and with their input, how and where to take the evolution of the game.

So for now, you can have a go at getting a ticket to the Nightfall Beta here.