The BBC launched the BBC Media Player for Android nearly three months ago. Since then it has been downloaded to more than one million Android phones and tablets.

In this short period of time we've witnessed a dramatic change in the Android platform and in BBC usage on the platform.

When we launched, seven inch Android tablets weren't driving significant usage. Fast forward three months and the Kindle Fire HD and the Nexus 7 are now both firmly in the top five Android devices for BBC iPlayer and the BBC Media Player.

The Android platform is extremely important to the BBC and our audience and engineering for it requires an ongoing commitment.

To that end I have a significant engineering team working on both the Android media playback experience and BBC iPlayer application on Android devices. 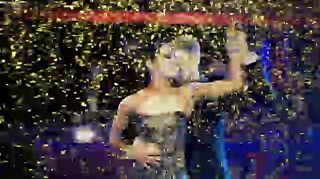 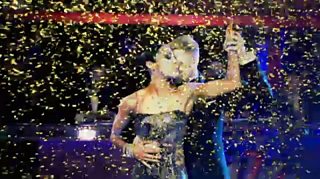 We have three goals:

We're not going to get there overnight, however starting before Christmas and continuing over the coming months we have a series of releases that will make the BBC iPlayer experience on Android devices more appealing and engaging.

Android as a platform is becoming increasingly complex and fragmented with a huge difference between video playback capabilities across the 1500+ Android devices.

Rather than use the one-size-fits-all approach that has worked on iOS we are grouping Android devices into classifications based on their capabilities.

For example, for devices which don't support advanced video playback we will have to deliver lower quality video streams.

For devices with bigger screens and capable of advanced playback we'll enable high quality video encodes along the lines of those on iOS devices.

We will also take network into consideration so we'll start with higher quality on WiFi and 4G networks and lower quality over 3G.

These improvements start before Christmas with a new high quality media encode when using WiFi.

There is still plenty of work ongoing and we'll be releasing further updates throughout 2013 as we deliver on the rest of this ambition.

Thus far we've found ourselves releasing products first on iOS because of the challenges of supporting a variety of Android platform versions and devices.

Of course we want to deliver products simultaneously on iOS and Android and we are striving to fill gaps such as mobile downloads and launching iPlayer Radio on Android. This will take time.

First and foremost we'll focus on video quality but rest assured we're working on filling gaps in feature and product parity at the same time.

Since the fragmentation on Android requires more work than a single implementation on iOS we've also made investments in engineering so Android and iOS can deliver at broadly the same pace.

The upcoming BBC iPlayer release on Android introduces an updated UI that provides the foundations for the team to build future features.

In addition you'll find you can now listen to radio shows in the iPlayer app with your screen turned off while answering email or using other applications on your Android device.

Supporting a breadth of devices

Providing support across all Android devices is complex due to the variety of devices, operating system versions and screen sizes.

Before Christmas we're going to enable iPlayer on Jellybean 4.2 and offer a richer tablet experience on devices such as the Nexus 7 and Kindle Fire HD.

Into 2013 we'll prioritise the most popular Android devices so we can deliver the best experience for the biggest audience. As you can see this is just the beginning.

I hope the upcoming pre-Christmas releases make opening new presents and using existing Android devices more pleasurable. The experience will continue to get even better as we move into the new year.