Which will command more attention, the pre-tournament hullabaloo building up to Tiger Woods's opening drive or the tournament's winning putt four days later? Unless it is the world number one holing out, it will probably be the former.

America's fascination with Woods cannot be underestimated since his fall from grace that followed his car crash at the end of November last year.

Absurd as it seems, in New York he was front page news for a longer period than 9/11, while his first public appearance since his downfall, which took place last month, received blanket coverage on US networks.

That carefully stage managed speech suggested it would be some time before we saw Woods on a golf course again, but as we now know that is no longer the case and it is all eyes on next month's Masters. 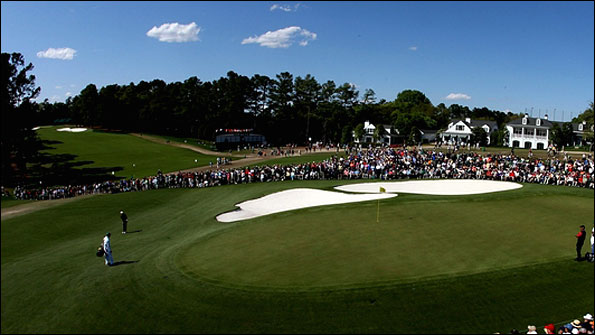 Respected golf writer Ian O'Connor, author of "Arnie and Jack" a compelling biography of the careers of Arnold Palmer and Jack Nicklaus, told BBC Radio 5 live: "This year's Masters is now being regarded as the biggest tournament in the history of the game."

That may well prove true in the build up and for as long as Woods remains a factor in the event.

The first major of the year will be all about Woods. It won't be about a resurgent Ernie Els or the exciting prospects of British success. Ian Poulter can wear whatever trousers he wants and demonstrate to the full his burgeoning talents but the cameras will be elsewhere.

Woods's decision to make his comeback after his extraordinary four month absence at Augusta makes sense. The crowd is expected to be respectful and few of the "patrons" would want to jeopardise their right to retain their precious tickets.

The media will also be held on a tight leash. Expect Masters officials to limit questions to golf and more specifically the tournament if Woods gives his usual Tuesday news conference.

And what chance of Woods being the man who does sink that winning putt on the evening of 11 April? The odds may be stacked against him but the bookmakers already have him as the favourite. 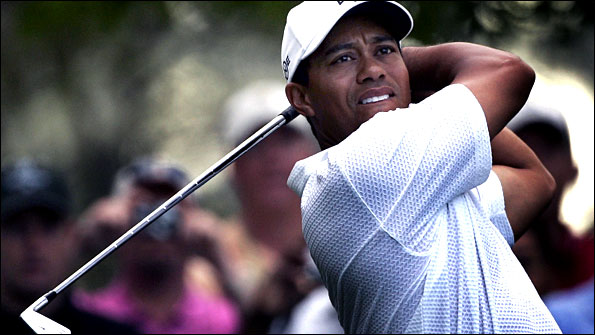 Were he to win it would put all of his previous achievements in the shade. It is hard to envisage despite even his astonishing talents. The revelations about his private life and process of rehab must have taken a toll on his inbuilt feeling of invincibility.

Furthermore the opposition will regard him as someone capable of being fallible and remember he has won a green jacket only once in his last seven Masters. That said history shows you write-off Woods at your peril.

A more likely scenario than an immediate victory is seeing the Tiger position himself to be able to pounce at the US Open at Pebble Beach and at St Andrews for the Open, both venues where he has enjoyed great success in the past.

For golf his return provides a massive boost. Flagging television ratings will be given a huge lift and it is little wonder the Masters, PGA Tour and the Royal and Ancient have all welcomed his return.

CBS, who screen the Masters in the US, say it will be the biggest event of the decade apart from President Obama's inauguration. They would say that though wouldn't they?

Woods's fellow players will be happy too. An end to the increasingly tiresome process of having to field questions about him is in sight, though there is still another month's worth to come.

They will also have to resign themselves to the fact that whichever one of them emerges with a famous green jacket placed upon their shoulders, they are unlikely to be the main story to anyone other than golfing purists.

Unless, of course, we are talking about you know who.