What would you ask the Plaid Cymru leader? 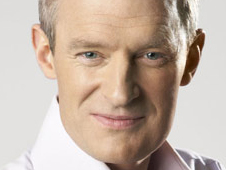 Ieuan Wyn Jones, Plaid Cymru leader, will be interviewed by the BBC's Jeremy Vine on Wednesday on Radio 2. What would you like to know?

A decade later he is still in charge and since 2007 is also the Welsh Assembly Government deputy first minister and in charge of the Welsh economy.

This debate is now closed. Thank you for your comments.

In the fifth in a series of interviews, Jeremy Vine talks Ieuan Wyn Jones during his programme on BBC Radio 2 between 1200 and 1245 on Thursday 29 April 2010. For more information on how to listen to a recording of the interview, click here.

This is Have Your Say from BBC News, where we offer you a platform to debate key stories in the news. Here are some tips on taking part in our debates.

You can stay up to date with Have Your Say via these feeds.

More from this site...

Topical debates on this site