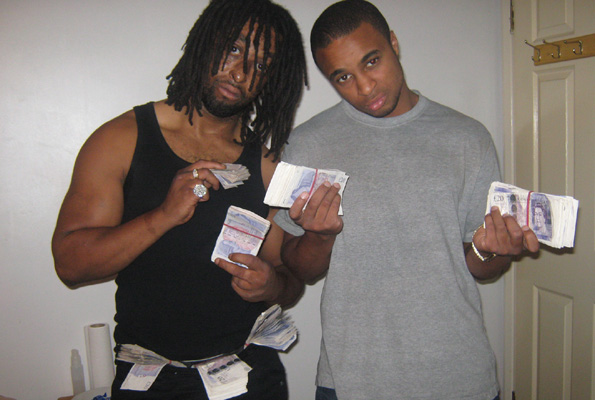 Yohan Clarke, left, and his younger brother Yamani, in the photo that incriminated them.

This pair might have got away with a robbery but for this picture.

It was found on a digital camera when police stopped them in a car in Redhill, Surrey, just days after the hold-up.

Yohan Clarke, 31, and his younger brother Yamani, 23, were part of gang which raided a Costco store in Croydon last September.

During the robbery, a shop worker was shot but survived.

The masked men escaped with jewellery valued at £70,000 including the large stolen ring, which you can see on one of the brothers fingers.

It incriminated the men.

And "Clarke the elder" received life in jail with a minimum of 10 years. His brother on the right got 40 months after he admitted handling stolen goods.

Three of the gang are still on the run.