The European Elite Athletes Association research into the efficacy of the World Anti-Doping Agency's code raises a number of important questions.

It's a meaty piece of work, looking at how the various national anti-doping agencies across Europe comply with Wada's requirements. Compliance is patchy, to say the least.

Of the 49 organisations it looked at, based on 2009 figures, only 20 actually published annual reports. There are large holes in the data they're required to provide to Wada, thus making it difficult, they argue, to measure how effective anti-doping policy is.

Of course, they beat the drum for those among their 25,000 members across 15 European countries who resent the whereabouts system that obliges them to tell the drug testers where they are for an hour a day, seven days a week, so they can present themselves for random testing.

In fact, the EEAA's lawyers say they have "hundreds" of athletes ready to say their human rights have been infringed by this invidious imposition on their privacy.

They disclosed there is a rugby player ready to take the same plunge Jean Marc Bosman took and fight for his rights through the European legislative system, however long it takes. 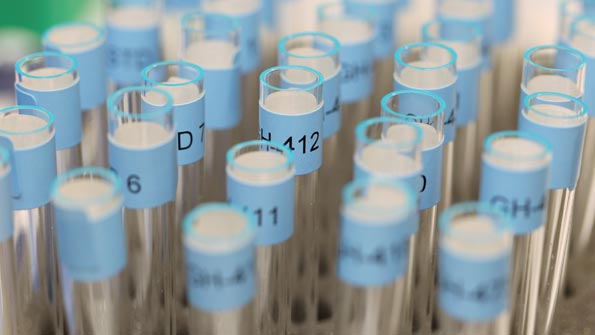 That's not to say Wada dismisses the oncerns of the EEAA. Indeed, it acknowledges the criticism of their enforcement of reporting standards hits the mark.

All those global signatories to the code are supposed to file reports, including data of tests carried out, positives found, actions taken, sports tested and so on. But they don't, and that reflects the reality that often enforcing doping policy is an issue of resources: some can afford to, others struggle, although it's heard to see how European countries can make that excuse, crisis or no crisis in the Euro zone.

I've written before of the challenge facing Wada of pulling rabbits out of hats on a budget of $25m a year, or roughly David Beckham's annual income. It's simply not enough.

There are those hardened cynics who take the view Wada is funded to fail, because the truth would be too unpalatable. Let's hope not, or I really am going to take up market gardening.

There is a serious point to be made however about the threat of endless legal challenges draining the energy and resources out of Wada when they should be channelled solely at the primary objective of delivering drug-free sport.

That's what the EEAA says it wants, too. The trouble is, while everyone indulges themselves in fighting their own corner, seeking tweaks here and concessions there, the cheats are continuing to prosper.

Let's also not forget athletes aren't the only ones with rights. You and I, the paying, viewing public have a right to expect honest competition, untainted by chemically-enhanced cheats. Again, it bears repeating, the moment we stop believing and walk away, the house of cards falls down.

Athletes at that point might find the imposition of a knock on the door at an inconvenient moment more palatable than a return to enforced amateurism.