Listening to David Howman, director general of the World Anti-Doping Agency, talk about the fight to stamp out drugs in sport leaves you in no doubt that it's a jungle out there.

He's not the kind to glibly reassure you that everything's fine and his organisation are completely on top of it all. It isn't, and they're not.

Making a keynote address at UK Anti-Doping's conference, Howman pointed out the challenges facing sport going forward, and clearly illustrated the futility of sport trying to fight doping on its own.

He warned that his sources at Interpol and other agencies were clear that the criminal underworld was increasingly getting its claws into sport. 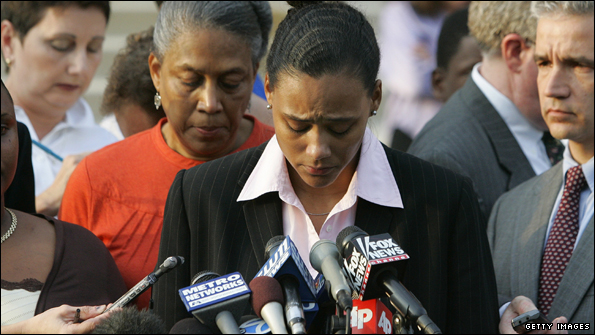 He says the people who are trafficking steroids and making fortunes are the same ones trying to fix matches, organise spot-fixing, launder money and bribe officials.

He spoke of several instances when anti-doping officers have been offered bribes - some of them we've heard about, "others we probably haven't," he said, before reciting an incident in Vienna at an anti-doping lab involving cash in a brown envelope.

No wrong-doing was discovered in that case, but Howman believes bribery is very much a live issue.

It's not just criminality that he's concerned about. There are inadequacies in the testing and analysis regimes too.

"We're not collecting enough blood. The scarcity of testing concerns me. There are some substances that can only be found through blood tests and there's not enough going on," he said.

Howman believes too many excuses are being made for not doing it - the extra cost of collection, storage and transportation of samples, for example. The implication is that people are cheating and getting away with it under the testers' noses.

The scientists at doping labs are, he thinks, sometimes 'bottling' borderline cases and not flagging them up as possible infringements, knowing that if they do a difficult court case will follow with lots of explaining to be done.

"It's human nature. Our expert witnesses need to be properly trained. We need to make sure scientists understand what it is we lawyers do," he explained.

Howman again used the example of Marion Jones to illustrate that science alone cannot be the answer to sport's problems.

Jones admitted to taking drugs over a seven-year period during her career, but she never failed a drugs test and he said: "We need to harness other methods, law enforcement, customs, to ensure we're more effective."

With a modest annual budget of $26m (£16.2m) to run all of Wada's services, Howman says the organisation are constantly questioning whether they're investing in the right areas and believes lateral thinking is required.

"Why don't we get France to drug test Germany, and Germany to drug test France? Perhaps there'd be more enthusiasm for catching cheats from another country?

"What about one sport testing another? How about offering cash rewards for information that leads to catching a doper?"

He is clear that the fight is not getting any easier and while Wada might have had some successes against the "dopey dopers" (as he refers to those who appear at major events believing they'll get away with it), the sophisticated doper is more of a challenge.

"We're doing some things better, but so are they," he warned. "Cheating athletes are becoming more sophisticated, they're getting very good at cheating. They think they can evade testing.

"We must confront complacency but we can only do so much. We need help to make the playing field more level, and we can't ignore the impact of the criminal underworld."

These are difficult times in every sense with the 2012 Olympics looming large.

Howman leaves no doubt that the idyll of a drug-free Games in London next year is nothing more than an illusion and that - while it's a battle worth fighting - the struggle against doping is not getting any easier.