The difficulties facing the organisers of the Commonwealth Games have been well documented, but now another unwelcome problem has forced itself upon them.

The late and prolonged monsoon season has been beneficial to the breeding populations of mosquitoes, leading in turn to a more severe than usual outbreak of dengue fever in Delhi.

Dengue is endemic in India, as it is in more than 100 countries in the world, according to the World Health Organisation. In simple terms, it's caused by a virus, is transmitted by mosquitoes, rather than from human to human, and it's a problem equally in urban and rural areas in the tropics.

If you catch it, the consequences can sometimes, albeit rarely, be fatal. Symptoms range from a mild flu-like state of aching arms, limbs and head to, in the more extreme cases, a complication known as dengue haemorrhagic fever, a potentially lethal combination of fever, abdominal pain, vomiting, and bleeding. At present, there's no vaccination, so if contracted you treat the symptoms and hope for the best.

There are now in excess of 1,600 confirmed cases in Delhi, more than in recent years, and historically, the mortality rate has been around 1%. 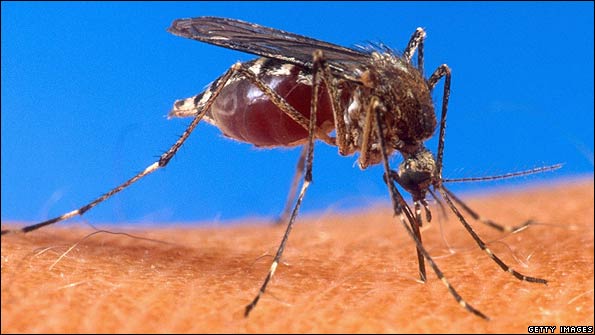 Mosquitoes are now causing a problem for Delhi organisers

In context, other countries like the Philippines and Thailand have a considerably more serious problem than India, while there have been recent outbreaks in Argentina, Mexico and in Trinidad and Tobago.

The Foreign and Commonwealth Office draws attention to Delhi's situation in its advice to travellers, which, understandably, has led to concern among the team leaders taking their squads of competitors out to the Games.

For starters, the mosquito responsible for transferring the illness operates day and night, unlike the malarial mosquito which is really only a problem after dusk and before dawn.

Best advice is to cover up, liberally apply the insect repellent and be alert. That's a bit of a problem for athletes used to wearing minimalist lycra outfits and who sweat profusely, which tends to wash off the 'deet.'

The Indian authorities have been mobilising substantial forces to fumigate the athlete village and venues, drain areas of standing water and take other preventative measures, such as introducing a voraciously hungry breed of fish into ornamental waters to eat the mosquito larvae.

Although the risks can be reduced, they can't be eradicated, despite the exhortations of India's Sports Minister Manohar Singh Gill, who has promised the athletes they can "come in full confidence" and that the "health and security situation will be under full control."

I hope he's briefed the mozzies.