It is the kind of news story that catapults most football fans into stifled yawn mode, if not complete catatonia, so I will do my best to explain why you should be aware and what it is going to mean for Premier League clubs from Chelsea to Blackpool, the Toffees to the Baggies and so on.

Uefa already runs a licensing scheme, based around certain financial criteria. Clubs that want to play in its competitions - Champions League, Europa League etc - have to comply with the terms of the license or they cannot take part.

Uefa has a clear view as to why it does this and what the intentions of the revised regulations are. They are to:

Frankly, it is hard to argue with any of that. So what is new? The 'break-even' clause, that's what - and it's a pretty significant development. 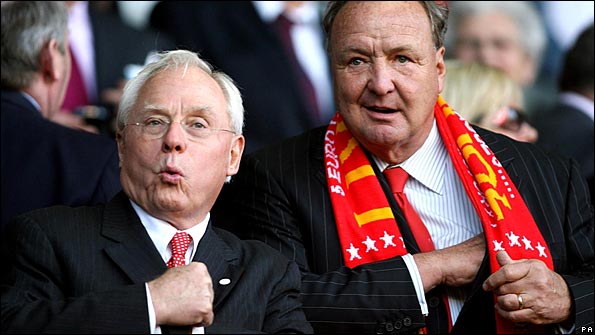 The devil is in the detail but, basically, it means clubs' financial returns will be monitored over a three-year period and they will be expected, on average, to spend no more than they earn, give or take a 5 million euros "immaterial losses" factor.

It is a simple principle but one that has taken a lot of quite clever Uefa men in navy blue suits a long time to frame in a practical and workable way.

Let us just start by saying this is not about existing debt, it is about what you earn and spend. It is also more about what you leave out of that calculation than what you put in.

Certain expenditure will be exempt. You can blow what you like on a new stadium or training ground, on your youth academy and your community activities. So can your wealthy benefactor. However, that wealthy benefactor can only subsidise other spending - transfers and salaries, for example - to a maximum of 45 million euros over three years, above and beyond the break-even level.

That is the bit the Premier League do not like. Let us take Fulham as the example. It would mean owner Mohamed Al-Fayed could not just plough any spare cash he had from the sale of Harrods into the club's transfer kitty with impunity.

This affects the smaller Premier League clubs most, as they generally have lower incomes. It tends to make it harder for a club like Fulham to break into the Champions League places by just bringing in lots of expensive talent, even if they can afford it. That, says the Premier League, is not a "good thing".

OK, so let us cut to the chase. How would your club stand at the moment?

Looking at the latest figures, Arsenal, Blackburn, Tottenham, Manchester United, Hull City and Stoke all tabled profits, so they are fine.

Fulham, Everton, Wigan and Wolves made losses of between £5m and £8m before factoring in academy, infrastructure and community spend, so that's OK, covered by the "immaterial losses" clause.

Bolton, West Ham and Birmingham made losses of between £13 and £20m, again before the permitted items. Considering the 'benefactor' clause allowing up to 15m Euros per season, they would be pretty much OK as well.

Aston Villa, Chelsea, Liverpool, and Manchester City would have some thinking to do as their losses are at a level that would trigger concern at Uefa.

It would not, however, suddenly mean they were not allowed to play Champions League or Europa League football at a stroke. The new measure is being added to the regulations as a "monitoring" item, which, if I've got this right, means they would be put under review and given warnings before being hit with the ultimate sanction.

Finally, none of this will cut in before the 2012/13 season, although the 2011/2012 financial returns will be the first benchmark for averaging out profit and loss over the next three years.

Never has your club needed a creative accountant more urgently - or a talented currency speculator given all this rationale has been worked out in euros.

And, as we know, the value of the pound in your pocket can go up as well as down!