There is nothing more infuriating for sports fans who are unable to get a ticket for something, then watch the event on TV, than to see great swathes of seats left empty by the sponsors and corporate hospitality clients who either couldn't be bothered to turn up, or weren't interested enough to leave the bar at half time.

It was a problem that plagued the Beijing Olympics, which were a sell-out according to the organisers, who then eventually bussed in "official supporters" to fill up the venues.

There were all sorts of excuses offered, but the bottom line is that every no-show represents a wasted opportunity.

LOCOG's announcement that 75 percent of tickets for the 2012 Games will go on general sale should be welcomed. It's a substantial number but there are some unanswered questions, including the big one "how much?" to which we are promised a reply in the autumn. 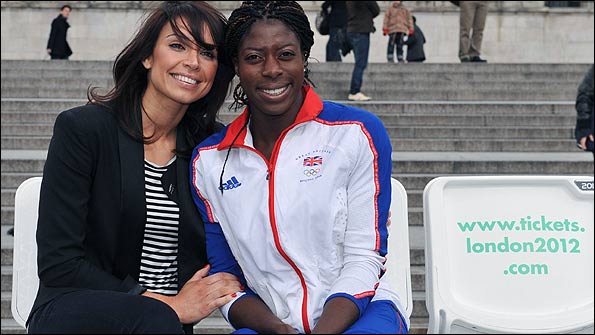 By comparison with other major events, putting three quarters of the tickets on public sale stacks up favourably.

What LOCOG won't reveal at this point is how many tickets for the "blue riband" events, like the athletics finals, will be on general sale. I'm prepared to stand corrected, but I'll bet it ducks well below that 75% mark.

Let's not kid ourselves, however. Without the sponsors and TV money, there would be no Olympics or World Cup as we know it, and fans have just got to accept that.

What they shouldn't have to swallow however is 'corporates' taking the mickey. What is absolutely essential - and LOCOG say they will do this - is for some kind of re-entry system to be put in place along the lines of the one successfully operated for years at Wimbledon.

Sponsors who, for whatever reason, are unable to fill their seats ought to have a way on the day of giving tickets back for sale at the door, and those who have got tickets but only want to watch the main events, can give someone else the opportunity.

Go to any major competition, anywhere in the world and you'll see a Union flag. Brits turn up, which is why the organisers can have confidence that they'll shift all 10m Olympic and Paralympic tickets.

About 10,000 people an hour registered their interest when the LOCOG site went live, and that's on the back of a marketing campaign that is only being run in the UK.

Those who register will have a chance to enter the ticket ballot, but what can't be guaranteed is who will get lucky, or how many of them will be British.

EU laws say residents in all member states have to have an equal opportunity to buy tickets for major events like the Olympics, so whatever natural justice might say, Norman of Newham has no rights above Hans of Hamburg to see Usain Bolt burn them all up in the 100 metres final.

Let's hope those in the sponsors seats aren't too busy tucking into their prawn sandwiches to witness history in the making either.