Spectators at an Olympic Games tend to judge their success in three ways - how high was the standard of competition, were the various venues easy to get to, from and around, and how good was the party afterwards?

The latter may seem an entirely hedonistic consideration, but it matters. When the hosts create the right atmosphere, and get stuck in themselves, it's infectious.

I'm fortunate to have had a taste of it at the last four summer Games, and the fondness with which I remember each follows the same pattern. 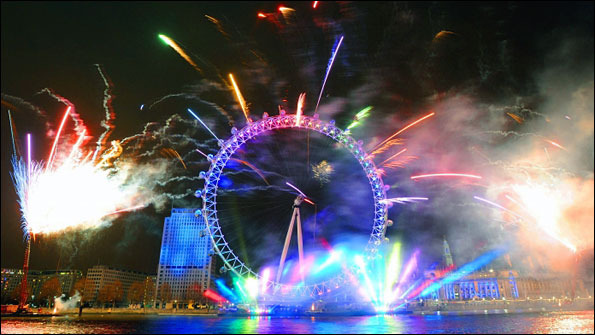 London is one heck of a stage-set - photo: AP

The best, by some margin, was Sydney. The worst was Atlanta, with Athens and Beijing hovering in between.

I'm trying to convince myself that's a judgement made from an entirely professional perspective, but who am I trying to kid?

The Sydney-siders threw one hell of a party, and the city truly embraced the 2000 Games. Sydney looked magnificent at night and after the action ebbed away at Homebush Bay, it picked up downtown, around the Rocks, the quayside, everywhere.

Huge firework displays burst overhead every night, and track-suited, celebrating athletes, including medal winners, hit the clubs and danced till dawn. You were left in no doubt that the locals loved their sport and revelled in being the centre of attention.

The challenge for London is to do the same, but somehow, more and it's not beyond the bounds of possibility.

It can be easy when you live or work in the city to overlook its magnificence, but next time you're in town, look up and around you, take in those splendid buildings, those inviting squares, imbibe the sense of history which Beijing lacked, and Athens rather overlooked.

London's one heck of a stage-set, and Mayor Boris Johnson and his team have got to dress it right. 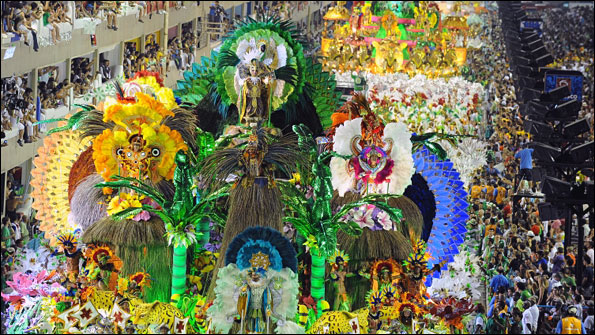 Will London be able to create a carnival atmosphere - photo: AFP

Their plans for the 'look and feel' of the city will play a huge part in the way visitors look back and judge how well London did. They must make sure the locals want to be a part of it, whether they're avid sports fans or just hoping for a good night out.

The Athenian exodus that deprived the city of some of its local flavour diminished the 'apres-sport' experience.

The disaffected middle classes took to the hills and their holiday homes, fed up with the inconvenience and unconvinced there was anything in it for them, except the certainty they'd be paying for it through their taxes for years to come.

Sydney-siders knew that too, but there was no way they were going to miss out on a good time if they were picking up the tab. We need a bit of that spirit in London too. The mayor's not kidding that it'll be "business as unusual" and that the normal way of doing things is going to be disrupted.

Beneath the hyperbole - that London will be the "epicentre of fun in the universe" for a few weeks - the hosts absolutely have a responsibility to put on a great show.

No pressure then, but remember where the games are going next? Rio de Janeiro. I hear their track record of throwing together the odd 'soiree' is rather good.