The Board of Control for Cricket in India (BCCI) is pursuing a high risk strategy in its refusal to adopt the World Anti-Doping Agency (Wada) code, and its support of its leading players who apparently don't like the idea of being held fully accountable for what's inside them all of the time.

It's hubristic to say the least for India's top players, Mahendra Dhoni, Yuvraj Singh and co to claim their security and human rights are more threatened by the demands of the whereabouts system than say Tiger Woods or Roger Federer. Golf and Tennis, however reluctantly, have seen the arguments for a common anti-doping system, and have signed their sports and top players up to it.

To have to give your whereabouts for an hour a day, 365 days a year strikes me as being a reasonable request given the sums of money India's cricketers earn, the example they're supposed to set for their nation's youth, and the bigger picture of sport accepting collective responsibility for sending out a strong message about drug taking and cheating. 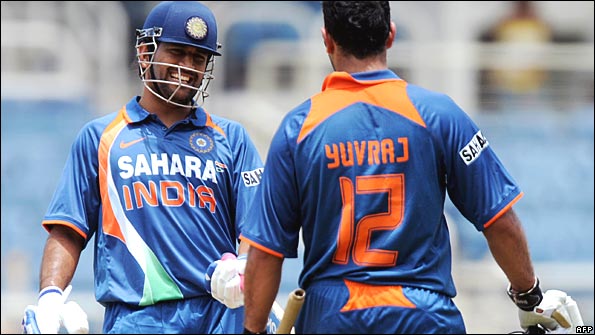 Some of the arguments being articulated in India over this are utterly naive. Various members of the BCCI are saying things like: "there's little risk of drug taking in cricket, it's a skill sport, not a power event, so steroids aren't likely to figure".

Wada has been saying for years that the temptation to shortcut a way to fitness, increase stamina and return more rapidly from injury through doping are among the biggest areas of risk that it is trying to combat.

The sums of money on offer in Twenty20 cricket and the Indian Premier League are surely temptation enough to the unscrupulous to find fitness and form through pharmacology.

The Indian Sports minister is urging the BCCI to see sense. The country's top Olympic athletes and Olympic Association are doing likewise, yet the cricket administrators have just caved in to the demands of their pampered national elite.

From the stories I've read coming out of India, it seems these new superstars, enriched by the insatiable desire for one-day cricket from the sponsors and television companies are running the risk of alienating the public.

The BCCI is now understood to be preparing to deliver a proposition to the International Cricket Council (ICC) that everyone else in the game rip up their adherence to the Wada code, and that a new, cricket-only doping policy be created, whose principle aim appears to be to pacify the 11 leading players in the proposed Indian doping pool.

A better example of the tail wagging the dog you will struggle to find... You might have expected the ICC to take a tough line given the deadline set for adoption and the pressure put on others, like Pakistan to comply.

The governing body's response has been to sit tight and wait until the next board meeting, saying: "What both the ICC and the BCCI are looking for is a practical and mutually acceptable solution to the current situation."

If Dick Pound were still the president of Wada, I can imagine there'd be a succinct answer: "...so adopt the code then".

His successor, John Fahey, is too much of a politician to be that blunt (more is the pity). He says: "Wada laments the decision of the BCCI and is concerned by it. Wada expects that Indian cricketers and the BCCI will understand that, as the ambassadors and guardians of their sport, they have a duty to protect its integrity and will see the benefits of cooperating with the ICC to enforce the World Anti-Doping Code like the rest of the world."

What we are heading for now is an interesting battle of wills, and the outcome will say much for who holds the power in world cricket, the ICC, or the superstars of the IPL.... what's best for sport and the big picture, or just the pursuit of self-interest?