Hargreaves' sad exit is yet another wake-up call

Amid all the excitement of the Super League play-offs this week, there was another reminder of the challenges rugby league still has to conquer.

Bradford prop Bryn Hargreaves' decision to pack in the game at 26 is dreadfully sad, and demonstrates that whatever fireworks the play-offs produce, the skies they briefly illuminate remain dark.

My love of rugby league allows me to get lost in its brutal brilliance for 80 minutes each match day. But off the pitch the battle is for mere survival, a reality explained so eloquently by Hargreaves in his damning assessment of the health of the game.

On the day Leeds Rhinos players checked in at Leeds-Bradford airport for their do-or-die play-off date at Catalan Dragons, a young lad down the road was turning his back on a sport he has fallen out of love with.

Hargreaves is a highly rated professional, much respected at St Helens, Wigan and Bradford - three of the dominant forces in the Super League era. But his experience of administration at Odsal this year has been enough to confirm his disillusionment, and underline a desire to escape the financial uncertainty of a sport that could never have provided enough to safeguard his future.

In simple terms, Hargreaves has found another job - a better job, a more reliable source of income, one that will allow him to provide for his family without worry. His reference to players being "treated like pieces of meat" at Bradford is borne more of the hopelessness of administration than the day-to-day existence of a rugby league player, but it is another wake-up call for the game. 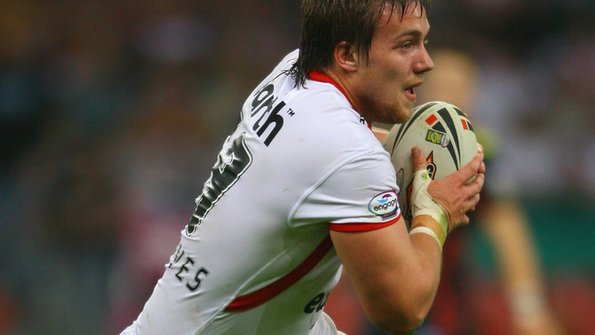 Last season I wrote an article highlighting what can happen to rugby league's top names once their playing days are over, without the financial cushion that Premier League football or rugby union can provide.

Worryingly, this season has seen a few players opting for different career paths before their best playing days are even over. Hargreaves' announcement comes just weeks after team-mate Ben Jeffries quit to become a coal-miner in Australia, while the Bulls' joint-captain Matt Diskin, having admitted his season has been "scary", has been working hard on a property business. Castleford winger Nick Youngquest, meanwhile, has quit at 28 to pursue a modelling career.

Dozens of players from other clubs are launching sports fitness and personal training businesses to supplement their earnings and afford themselves a safety net in uncertain times.

The obvious questions are always directed back at the Rugby Football League, who tend to get the blame for all of the game's hardships. Chief executive Nigel Wood remains defiant about the health of the sport, pointing out that it remains strong in terms of its crowd numbers and profit margins. And he remains committed to the controversial licensing system over promotion and relegation.

But the underlying feeling among journalists and fans is one of concern. Why are clubs struggling financially under a system designed to provide stability? Why are players like Hargreaves deciding enough is enough? Is the current 14-team Super League and eight-team play-off system still the way forward?

These are the most common questions I get asked by the sport's detractors, while in every rugby league programme we do on BBC Radio 5 live there is always an "is rugby league dying?" angle.

Rugby league is not dying. But that is not to say the sport could not do with a lift.
The RFL is often criticised for not maximising its marketing of the sport, yet this week has seen arguably the finest publicity work yet, with the "Rugby League of the Extraordinary" campaign.

Of course, the very fact there is a need to do something like this poses questions, but the hope is that such extravagant promotional efforts will attract new fans to a sport that seems to prefer criticising itself to celebrating what it is: a very popular minority sport with a loyal fan base and terrific athletes who provide breathtaking entertainment.

Next year's home 2013 Rugby League World Cup provides the best possible platform for a sport that must ensure its foundations are secure before it can expand.

As for the play-offs, a couple of one-sided opening-week fixtures again drew criticism of the top-eight structure, but that system has still produced the prospect of a gripping finale from here on in.

Champions Leeds came through as Warrington wobbled, and Wigan and St Helens both demonstrated their Old Trafford hunger. It means the Rhinos now go to France, having been outplayed there last month, where they must win or relinquish their title.

Wigan still look the pick for me, devouring the Dragons despite a quiet night from star man Sam Tomkins, and the Warriors join Saints with their feet up this weekend.

Warrington will need to dig deep against Hull FC to avoid collapsing in the play-offs for the second successive year.