Bradford Bulls: No money, no coach, no hope?

The Bradford blame game this week intensified as the stricken Bulls edged closer to the point of no return. For any rugby league fan this situation is disheartening, even heartbreaking.

Administration always looked the inevitable outcome, even when fans bent over backwards to keep the club going, even when the Bulls hierarchy stood firm amidst the financial mess over which it had presided.

And so despite the departure of chairman Peter Hood, the half million pounds of fans' cash, and the auctioning of treasured personal possessions from the club's glittering history, the four-time champions find themselves without any backroom staff and without, it seems, any guidance or reassurances from above that they can even carry on.

The same players who found out about the club's uncertain future via twitter on their way to training, this week turned up to a crunch meeting with administrator Brendan Guilfoyle having not been told he had cancelled it.

This is about salvaging a business. But it is also real life. And the players are increasingly desperate. The Rugby Football League are offering practical assistance to the Bulls' unpaid players on debt-management, mortgages and investment. But could they have done more? 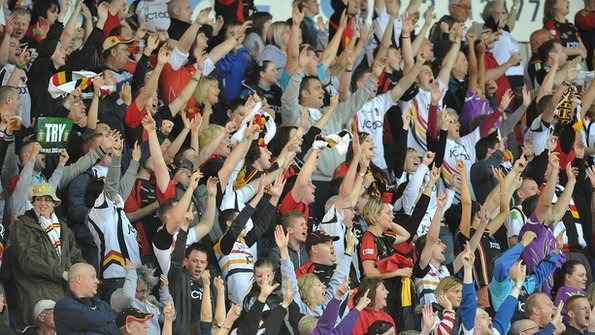 When I posed this question to chief executive Nigel Wood six weeks ago the answer was emphatic. Is Rangers' rocky road the fault of the Scottish Premier League? Was Portsmouth's plight the Premier League's fault?

Wood told me the RFL's job is "to create the best possible environment for well-run clubs to flourish and establish themselves" adding "it is still down to local management at club level to make the best of the opportunity the sport presents." But this is an argument that has begun to wear thin with some observers.

I had an angry phonecall from Australian forward Clint Newton this week calling for Wood's resignation. A veteran of Super League rugby and now back in the NRL with Penrith after a 100-game career with Hull KR, Newton is a passionate rugby league man and ardent supporter of the British game, and is furious at the state of the game. "I'm embarrassed for Nigel Wood and the people who are supposedly controlling the game" he told me, pointing to the financial failings of Crusaders, Wakefield and now Bradford on the RFL's watch.

Wood insists otherwise, making it quite clear that the responsibility for any business's finances lies with its own board of directors. "They are in power and set ticket prices and season ticket prices and player contracts," he says pointedly in reference to Bradford's problems. This argument angers Newton, a former member of the Super League Dream Team.

"That is one of the biggest cop outs you will see in professional sport," he says. "Can you give a licence to Bradford based on projected revenue. If we were all living in Never Never land we could come up with all sorts of projected figures. I don't understand how the RFL can again get away with what they are doing."

The RFL argue Bradford's financial projections were strong and the licence was warranted, with the situation deterioriating rapidly after the withdrawal of support from RBS at a time when the club was still repaying Leeds over the Iestyn Harris transfer. But Newton wants accountability at the very top.

"Wood should have resigned a few years ago but he needs to fall on his sword now as do a couple of other people there," he claims. 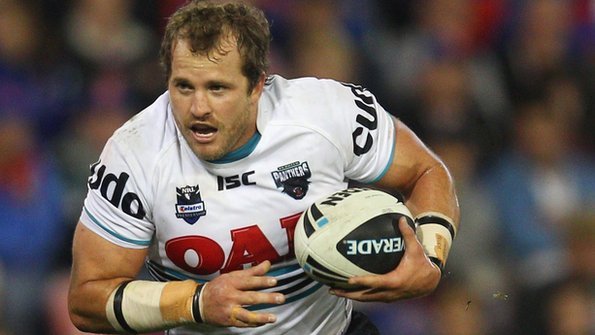 "But it comes down to the club owners. If the majority of club owners wanted him gone he'd be gone."

As predictable as administration may have been when Hood first sounded the alarm bell in his local newspaper at Easter, it was unthinkable that the Bulls would allow themselves to go down that route after cashing in on the supporters' goodwill.

Players and fans I have spoken to feel angry, misled and now in the dark. Fans are wondering why they bothered raising money to keep their club from administration when it has happened anyway, and perhaps was always likely to be thus.

With liabilities to cover a loan from RBS, Hood may have thought he had no option but to plead for the fans' cash to cover this, even if administration would follow.

I also understand that the initial £500,000 shortfall met ultimately by the fans, was largely down to a miscalculation in projections on the club's season ticket pledge scheme.

Again, these are questions we may never get answered. Yet there is a much bigger issue. Is this the strongest indication yet that the game in its current state, and under its current governing body, is unsustainable?

Newton say so. "Do I fear for the future of Super League? Definitely. The fans will be left asking what has happened to our game that was once very strong and viable. The competition cannot survive with 14 teams in the current economic crisis."

As for Bradford, they now have no money, no coaching staff, no administrative staff and vastly disappearing hope.

One hope is former title-winning boss Brian Noble returns with his midas touch until the darkest of the clouds has passed. The main hope is to find a buyer, immediately.