Taking delivery of your bulging, bumper Christmas issue of the Radio Times is as seasonal as dressing the tree and basting the turkey.

A pivotal part of the tradition, which began in 1923, is the listing digest's front cover. This is a beacon of the season of goodwill and is made to stand out from the rest of the year.

The Christmas cover has usually been design-led and full of festive cheer - only a handful of later special editions featured famous faces from TV and radio.

Over the decades the design and mood of the front cover has shifted with the times. We've selected one cover from the 1920s through to the noughties.

Scroll down for a journey through the years of Christmas front covers. Tell us which design catches your eye. Do any of them evoke memories of Christmases past? Let us know at the end of this post. You can also search the Genome website for detailed seasonal listings. 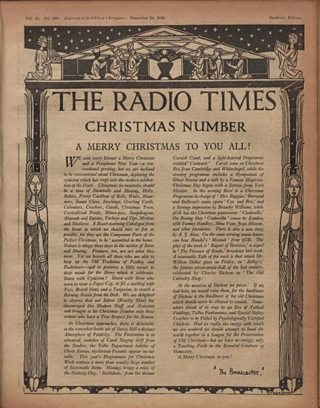 1929 The first decade of RT Christmas covers was quite sober, sensible and monochrome, apart from a couple of front pages that were in full and glorious colour, including the very first one. This final cover of the 20s has a long message from "the broadcasters". It reflects the testing times of the Depression, saying "finances... are not what they were". 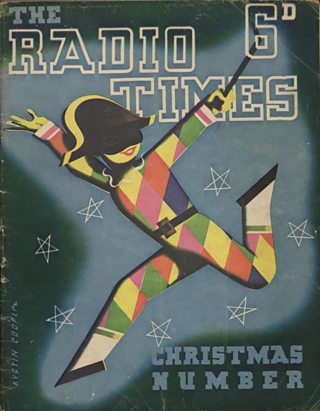 1935 This striking Harlequin design owes more to the traditions of pantomime than the snow and Santa that would come to dominate the Christmas cover in later years. 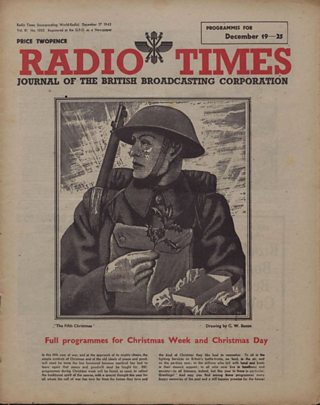 1943 The impact of conflict on the Christmas cover is boldly evident from this issue. Its message was that programmes would remain seasonal, but with emphasis on everyone engaged in the war effort. 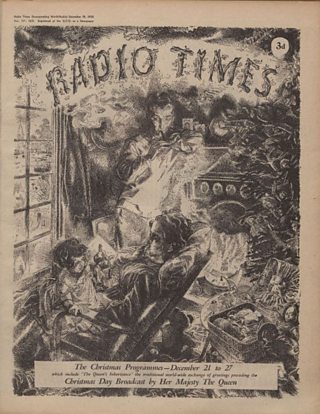 1952 This illustration stands out in the 1950s with a family in a surreal, smoke-filled room warmed by the glow of a wireless set. With just a hint of a Christmas tree and a snow-filled landscape, our contemporary view of the season would take a while to emerge. Queen Elizabeth's first Christmas broadcast is given star billing on this cover. 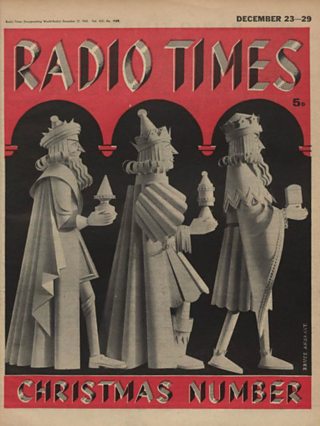 1961 A bold design with a Christmas theme and a splash of colour heralded the start of the 60s. This cover was created by Bruce Angrave, who produced a series of posters for London Underground. 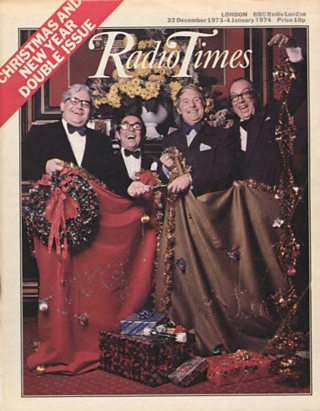 1973 Talent graces the Christmas cover in a suitably festive manner. The Two Ronnies and Morecambe and Wise - giants of the seasonal screen - were brought together for this photographic offering. In 1971, the Two Ronnies had their own Christmas cover, and the following year Eric and Ern shared again with Lulu, Paul Nicholas - and a lion. 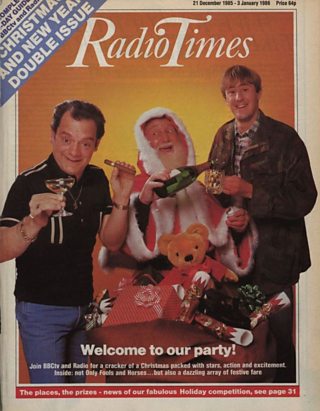 1985 The stars of Only Fools and Horses - one of the big successes of the Christmas special - were the cover stars this year. It was suitably festive with Buster Merryfield and his famous beard dressed as Father Christmas. 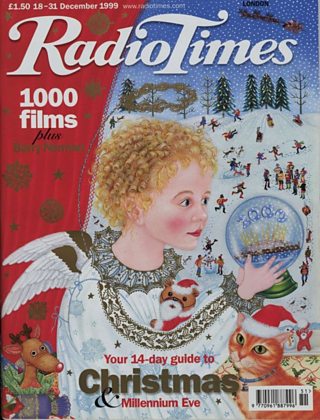 1999 The end of the century heralded festive artwork, but with a clear nod to the future. The Millennium Dome (remember that?) appears in the angel's snowstorm ornament of destiny. 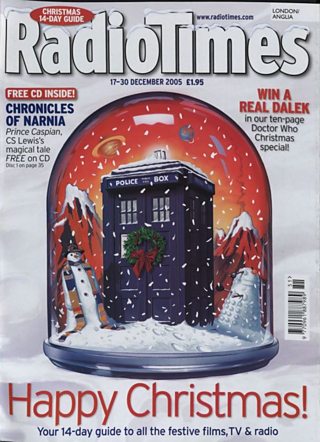 2005 The return of Doctor Who and its place at the heart of the festive schedule is reflected on this cover. But the talent is left to one side in favour of a Tardis and Dalek-themed snowstorm. A festive Dalek also graced the 2009 Christmas cover.