Tales from bohemia: The making of Arena’s Chelsea Hotel 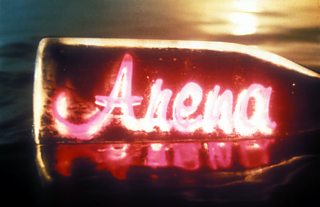 For five decades, the BBC’s flagship documentary series Arena brought to light unheard stories from outside the mainstream; tales of avant-garde artists, LGBTQ icons, feminists, civil rights activists and more. We spoke to Bafta award-winning Anthony Wall, who - as Editor between 1985 and 2018 - was instrumental in shaping the series. Wall talked to BBC Genome about his favourite Arena episode: Chelsea Hotel.

The historic Chelsea Hotel in New York City has been a magnet for creativity since its construction in 1884. Some of the 20th Century’s most acclaimed artists, musicians, and writers have called the Chelsea Hotel home, including Bob Dylan, Jimi Hendrix, Mark Twain, and Stanley Kubrick, among many others.

Anthony Wall went on a fact-finding mission with then series editor Alan Yentob to the United States in 1979, and returned with the concept for an Arena film about the Chelsea Hotel. By coincidence, director Nigel Finch had had the same idea. As then-researcher on the film, Wall, with Finch, hand-picked the film’s idiosyncratic cast of characters. The most memorable for Wall, a peculiar interview with long-time Chelsea Hotel resident, Nico… 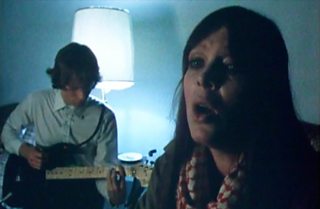 Nico sings in a scene from BBC Arena's Chelsea Hotel

On a grey, miserable autumn day in 1979, film-maker Anthony Wall waited in an Irish bar in New York City for his next interviewee – the 1960s pop icon Nico. She was to feature in the next film he was planning about the legendary Chelsea Hotel.

Nico, a singer, songwriter, model  and actress, rose to brief prominence in 1966 after starring in artist Andy Warhol’s well-known film - Chelsea Girls - about women living in the hotel. "The most amusing thing", says Wall, "was that Nico had just been thrown out (of the Chelsea Hotel)".

Wall had arranged to meet her in a New York City Irish pub just next door to the Chelsea Hotel. "I walked in," says Wall. "The Jukebox was blaring a version of Night and Day, and there was a woman at the bar." Wall was disappointed. He thought she hadn’t turned up. "In my mind Nico is this stunning angel from the cover of the Velvet Underground and Nico album, and [there was] this slightly overweight woman. And then," he says, "I hear: 'I would like a piña colada.' And it was unmistakingly her."

The conversation that ensued was "spectactularly off the wall", he says. "[She] explained that she was in the Blarney Stone because at the bottom of the Chelsea there is a restaurant… and she’d said she’d been banned because she’d complained that the piña coladas weren’t strong enough. God knows what other misdemeanours she was responsible for…"

Wall continues: "So Nico was in the Blarney Stone (pub), where the piña coladas were strong enough, and probably a lot cheaper, and she pointed to the Jukebox and said: 'put on 166', and it was God Bless America, by Kate Smith.

"She said ‘I love national anthems. I love the rhythms.'"

And so the interview commenced. 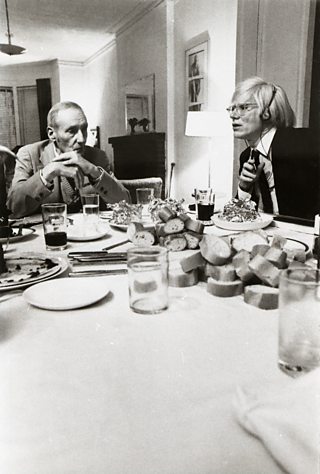 Scene from “Arena: Chelsea Hotel” William Burroughs and Andy Warhol having dinner in the room where Arthur C. Clarke wrote the novel 2001: A Space Odyssey

Wall researched numerous artists, performers, and writers for the Chelsea Hotel Arena film, all of whom were living in the hotel at the time. However, there were many other residents clamouring to secure their 15 minutes of fame.

"For every Nico…there were 10 guys who decided that being a bank manager in Omaha Nebraska was not for them, that they wanted to realise the true artist inside themselves. So the place was largely full of people who weren’t very good at art but had decided that that’s what they were going to do with their lives. A lot of the art in the lobby was done by these people. And their wives would phone up and demand to know why they weren’t in the film…"

Why was this his favourite film?

"Sometimes it happens [that] there’s a kind of magic that seems just automatically to come out of the sprinklers onto a project", says Wall, "and [this] had it in spades. It’s a long time ago but it’s still my favourite Arena, it was definitely Nigel [Finch’s] favourite as well." 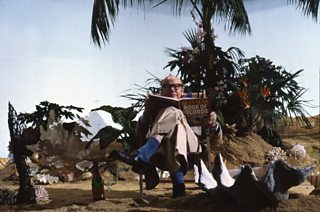 Roy Plomley in Arena: Desert Island Discs, directed by Anthony Wall. A look at the affection for and obsessions inspired by radio

Anthony Wall and Nigel Finch (Director of Arena: Chelsea Hotel, and co-editor of the series with Wall until his passing in 1995) were 28 and 30 years old (respectively) when they filmed Chelsea Hotel. He cites his youthful disposition as inspiration for many of the themes in the earliest Arena films. By leading with their interest in the beats and wider alternative culture, Wall and the Arena team were making space for disenfranchised voices in cinema long before those stories were included in the canon.

Wall says, "A lot of it is in the Chelsea: LGBT, identity, feminism, race, Windrush, national identity, all of these things we were doing when…you were not rewarded for doing those things…" Wall’s approach resulted in a collection of timeless films that feel as relevant today as they were 40 years ago.

Wall’s advice for emerging filmmakers beginning their careers today: First, a quote from his former Arena collaborator Alan Yentob, who went on to serve as BBC Creative Director until 2015: "Oh just make it interesting."

"[Chelsea Hotel] was a slightly difficult film to cut because it was a series of episodes, as opposed to one obvious narrative. But each individual sequence was absolutely as Nigel envisioned it. And it was just instinctive - you make that first proposition, then you make a second one. It’s got to gather the first one into the second one, and gather them both into the third one, gather all three into the fourth one. You’re keeping that going and maybe not giving away too much information because… you don’t really want the penny to go all the way down to the slot, you want that to happen at the end."

Third, some advice from Wall’s own personal hero, Spanish filmmaker Luis Buñuel, who when asked “What advice would you give to young filmmakers?” answered, “Never do anything that goes against your conscience.”

This article has been updated to include other contributors and update a quote.

You can watch the full Arena Chelsea Hotel film on BBC iPlayer.

Patrick Troughton at 100: A Television Actor