Staying level headed is so important

One thing I have noticed over the last couple of weeks has been instances of managers publicly criticising individual players for their performances.

This is quite rare in the modern game, and I personally do not agree with it mainly because players - especially the ones at the top level - have their performances scrutinised enough through all the various modern-day media outlets such as internet message boards, radio phone-ins and email or texts to television football shows.

If a player is to receive criticism from his manager - which we all do at some time or another - then he expects it to occur in either the manager's office or the dressing room. The danger for a manager in such a situation is that he will lose the player's respect and that of his team-mates. 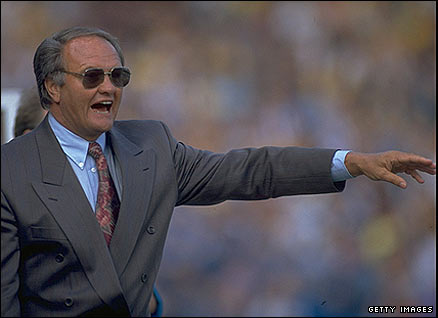 Respect is imperative in any player/manager relationship and that's much more important than whether you actually like each other.

That's why public managerial criticism of individuals has become less frequent. It has also become less frequent in the dressing room. Don't get me wrong, it still happens (and I am only speaking from my personal experiences of the clubs I have been at) but not to the same extent as it did during the early years of my career.

Back then, it was commonplace at half time for the manager to go through the whole 11 players, giving his thoughts in no uncertain terms - to each individual. If you were having a stinker, the wait for him to get around to you was horrible!

I have had my fair share of dressing downs. Funnily enough, some of the more extreme ones came from my old man. A case in point was a reserve team game for Coventry City away at Blackpool, when I was only a first year Youth Training Scheme player. It could only have been my second or third reserve game and I was playing right midfield. I was not having the greatest of games (which is becoming a regular theme of my stories) and after about half-an-hour, I noticed one of our substitutes jogging all the way round the pitch to the side I was playing on.

As soon as there was a break in play he said to me: "Really sorry to tell you this, but your dad says you are playing like a big ..... (feel free to use your imagination!) and if you don't sort yourself out in the next five minutes, you are off." With that, he trotted back to the dugout!

I look at such experiences as tests of character. I am sure that many managers see them in the same way. Can a player react to the criticism and take it on board with an attitude of 'I'll show him' or will they go the opposite way and shy away from the challenge?

However, times have changed. It is something that I have spoken to a lot of experienced players about and the general opinion is that some players nowadays simply cannot handle individual criticism and crumble when they are on the receiving end of it. Managers cannot afford for this to happen, especially at half time when more often than not, a game is still in the balance, so you tend to find that managers now use collective criticism.

For example "we need to defend better" or "we need to win the second balls" as opposed to singling out individuals.

Without wanting to come across all "back in my day", which really does make me sound old (and I'm only 30), I genuinely believe that some of the younger players find it harder to take knock backs as a result of their upbringing in the game. It also boils down to the society in which we live (wow I really am getting deep!). A society in which a declining respect for authority and the inability to take criticism, for example in schools, has been rife for a long time.

Looking back at my own introduction into the world of full time football as a YTS lad at Coventry, I would say that my experiences during that period had a massive bearing on the type of person I am today. The life of a YTS player back then, compared to that of a "scholar" - which is what the young lads are referred to now - was significantly different, as we older players never tire of pointing out to younger players who moan about cleaning their own boots! Scholars have a greatly reduced workload compared to the lads who were on the previous YTS scheme. 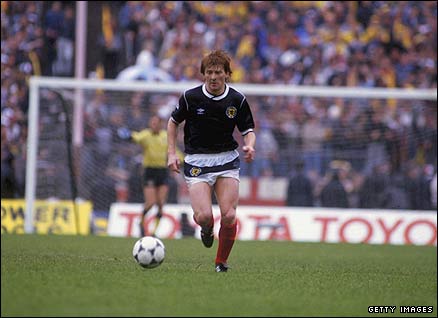 All the YTS boys were allocated different jobs at the start of the season. Some lads had to clean the boots, some had to sweep the floors, and others had to empty the bins and so on. At Coventry, the responsibility of one young player was to bring the manager, Ron Atkinson a pot of tea after training, while he was in the bath! From what I understand, the lad in question has been to counselling but is said to be doing well.

During one spell at the club, there was even a rota for us to be stretcher bearers. On one occasion, four of us dressed in green boiler suits and with absolutely no first-aid training had to try to carry the then Blackburn defender Chris Coleman (a heavy man) off on a stretcher after he injured his knee. Now Coventry manager, he might well recall that we very nearly dropped him! Needless to say shortly after this incident, the St John Ambulance took over stretcher duties!

My regular job was to make sure all the balls were clean and pumped up to the correct pressure and that each coach had the right amount of bibs for their sessions. I also had to collect everything at the end of the session, making sure that no balls were lost. To this day I am convinced that they used to do shooting sessions in front of the thorn bushes just to see me struggle.

A particularly big responsibility for me back then was that I was in charge of the match balls. The referee changing the match ball during a game because it was soft may not have seemed like much of an issue to the vast majority of people in the stadium but to me it was the cue to squirm and wonder what punishment I would be given by the Coventry kit man, Andy Harvey. It was usually a £5 fine, which was a bigger hit than you might think, given that I was only earning £35 a week!

The positive aspect about the YTS scheme was that it helped keep all the young players level headed. This is a vital quality in professional football in my view - not least when the manager is having a go at you!

Hello, I'm Gavin Strachan. I describe myself as a "journeyman" player after 13 years in the game as a professional. I'm currently between clubs, having been released by Notts County. I'm also studying journalism and the aim of my blog is to provide an insight into the life of a footballer. Here are some tips on taking part and our house rules.

You can stay up to date with Gavin Strachan via these feeds.