What makes a good manager?

I think it is safe to say that there is no guarantee of anyone who has played the game to the highest standards being successful as managers and, indeed, there have been plenty of examples of such figures being overshadowed in the job by men whose own professional playing careers were more modest, if not virtually non-existent.

For someone like me, who has certainly not been a great player, that is quite a comforting thought!

Having said that, I am uncertain about whether I would like to pursue a career in management. Even though I am taking my coaching badges and genuinely enjoy coaching, I am not convinced that I have the personality needed to be a manager. 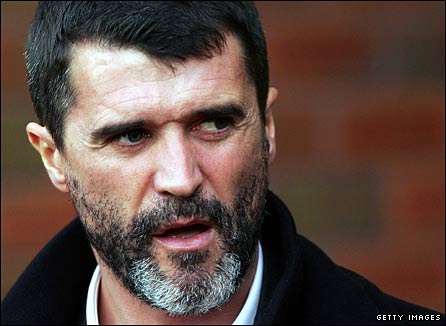 As someone who has gone through the experiences of being dropped (on a regular basis), told he is no longer part of the manager's plans and been in a crowded changing room with other players waiting anxiously to see if they are going to get offered a new contract or not, I appreciate the extent to which a manager is in control of people's livelihoods and needs to make decisions that are going to make him unpopular. I am not saying that you have to be heartless because as many managers have told me, these types of decisions are the hardest part of the job, but you do need to have a ruthless streak.

I think it is important to make the distinction between a good coach and a good manager. Much in the same way that being a great player is no guarantee of being a great manager, the same can be said of being a great coach. There have been many examples over the years of very good assistant managers stepping into the role of manager and not quite making the grade.

The personality needed to be a coach or assistant manager is a lot different to that of a manager. For example in my experiences, coaches and assistant managers can be a lot more approachable and friendly towards the players - they don't have to distance themselves from the players, as a manager tends to do. They join in with a lot of the "banter" that takes place in the dressing room. The big advantage for them is that although they have some input into the footballing decisions, they are not the ones who have to make them .Leaving them free to involve themselves in all the enjoyable aspects of team management.

At the moment, the coaching aspect is the side of the game that I feel my personality is most suited to but never say never!

If one day I do take the plunge into management, I would have no shortage of managers who have given me some guidelines. Of the 13 I have played for, I suppose the one who surprised me the most has to be Darren Ferguson. Now there is somebody with a hard act to follow!

When he first arrived at Peterborough United it was a bit of a shock to all of the players and I am quite certain, the fans as well. Darren was still playing at Wrexham. In fact I had played against him just a few months previously.

Like most players in this situation, my initial reaction was: How was this going to affect me? It could be argued that it was particularly pertinent for me to ask myself that question, given the perceived difficult periods in the relationship between our dads when they worked together at Aberdeen and Manchester United. I say perceived because I honestly don't know if there was a problem because it is not something me and my old man have ever spoken about.

The fact is that Darren was great for me, not to mention the other players.
He instantly lifted the players with his professional manner. He has a very attacking philosophy and encouraged the players to express themselves. The intensity and quality of the training sessions instantly improved. It was hard work (as it should be) but we rapidly became a lot fitter and, as a consequence, a lot more confident.

It sounds obvious but when you know you are fitter than the opposing team, it gives you great confidence. If I ever do manage a team, my players would do well to prepare themselves for being pushed to the limit in training. I will be the one with the stopwatch telling them that if they don't do the run in a certain time, they will be doing it again! I have had that said to me enough times!

The main aspect of Darren Ferguson's personality that I respected and one that will serve him well in the future is his honesty. By that I mean the honesty towards his players. The one thing that every player will tell you that they want from the manager (apart from playing every week) is honesty.

For example, lots of managers will tell a player what they think he wants to hear or in some cases not speak to a player at all. When I was out of the team at Peterborough, Darren always had the decency to explain the reasons to me and did not try to pull any wool over my eyes. Even if I did not agree, I respected him for taking the time to talk to me and encourage me to keep going.

I suppose it says much for Darren that I can speak so highly of him even though he got rid of me after a year! I genuinely hope Peterborough can achieve their ambitions with Darren at the helm, but they will do well to hang on to his services as he is destined for the top.

Finally, I cannot sign off this week without a comment about Notts County having returned to winning ways thanks to a 1-0 victory against Morecambe. We have been far from our best in recent weeks and have gone back to the basics in terms of what is needed to win football matches. By basics, I mean aspects of the game such as turning the opposition back four, winning tackles and working harder than the other team. We know we can still pass the ball better but it was imperative that we stopped the rot and got some points on the board.

Hello, I'm Gavin Strachan. I describe myself as a "journeyman" player after 13 years in the game as a professional. I'm currently between clubs, having been released by Notts County. I'm also studying journalism and the aim of my blog is to provide an insight into the life of a footballer. Here are some tips on taking part and our house rules.

You can stay up to date with Gavin Strachan via these feeds.