Can the Food and Farming Awards change the way we cook?

This week nominations open for the Food and Farming Awards. It’s the 13th year that the awards have been going and they already feel like an institution. Each year the programme tells amazing stories of food producers and advocates. I always find myself welling up when I listen to the awards. I’m not ashamed.

There are a lot of food awards about: taste medals, ethical awards, writing awards. But the Food and Farming awards are important in improving our food culture at its roots – where and how ordinary people shop and eat. “They’re one of the most credible awards, because it’s from the listeners,” says judge and Michelin-starred chef Angela Hartnett. “This is not a niche exercise for people who just call themselves foodies.”

Last year’s winner of the Best Local Food Retailer award, The Brockweir and Hewelsfield Village Shop, is a project that started when the village shop was closing as a commercial concern. The villagers kept it going, staffed by volunteers. They not only kept it going, but made it into the kind of shop that’s enjoyable to shop in frequently. 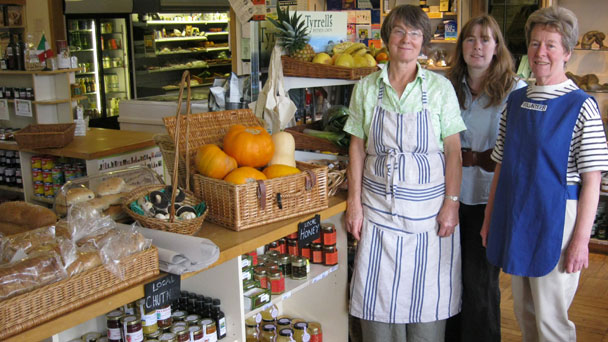 The local alternative to the supermarket - Brockweir and Hewelsfield village shop near Chepstow.

The manager Alison Macklin says, “We basically are a normal shop. We trade for business, but we don’t have shareholders who are expecting us to make huge profits.” The difference is that the people and the produce in the shop are part of the local community. Sometimes the food is as local as the back door as they sell veg from the volunteer allotment.

“That excitement about local food inspires others, and the more people that get inspired, the more suppliers there are,” she adds.

These Welsh villagers now have a viable alternative to the homogenous supermarket.  Their fruit and veg doesn’t have to travel up and down the country through distribution centres – it’s food that tastes fresher and demands to be cooked well.

And these are hard times for small food producers and retailers. The moment in the spotlight that nominees and winners receive can keep a business going.

It’s a similar story with food markets. The bump in attention improves the numbers of buyers and sellers. Farmers markets often provide access to products that are difficult or impossible to find in supermarkets: traditionally smoked fish, artisan cheeses, forgotten fruits like damsons and medlars from the local allotments, game from nearby estates.  Last year’s winner Bolton market is selling catfish, turbot and pomfrets – would you see that at Tesco or Morrisons? 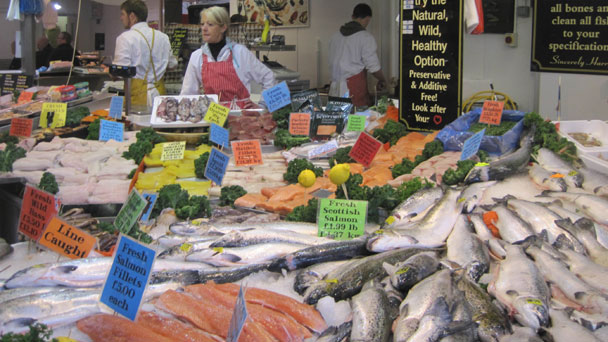 It’s not just about getting great ingredients, but being exposed to new ways of cooking. When I moved down to the Bristol area last year I began to notice the takeaways and shops around me that were nominees or winners, proudly displaying their laminated certificates. Often they are places I wouldn’t seek out (or even find, in more rural areas) without this recommendation.

Since then I’ve been hooked on authentic Gujerati curry- quite different to the usual takeaway fare, with the emphasis on highly-spiced vegetarian dishes. It’s amazing food and I’m now cooking it up at home. (Try this undhiyo to see what I mean.)

I sometimes wonder how I can possibly advocate my own local food outlets as the best in the country. They aren’t top of the fifty best restaurants list, or rolling in Michelin stars.  But it’s not really about that – if you think someone else should go to your farmers’ market, shop, takeaway, then nominate it. If you love it, chances are other people will, too.

Hugh Fearnley-Whittingstall expresses it best in the nominations programme this week, “The awards continually remind us that there are some incredibly dedicated and creative people doing brilliant work. If we set our sights high and reward the people who are doing great things it can have a great effect on our food culture.”