For an island nation it's weird that we're not more enthusiastic about fish. Goodness knows our broadcasters try hard enough. Programmes are made on fish cookery from exotic locations. Celebrity chefs Rick Stein, Mitch Tonks and, more recently, Nathan Outlaw have devoted whole books to it. It's healthy. It's quick to cook. Yet according to the powers that be at the BBC website "we rarely see any fish dishes beyond fish pies in our top searches". 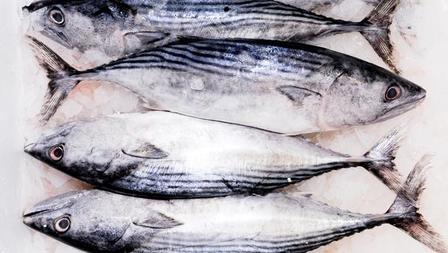 The Irish food and drink promotional body Bord Bia, which has recently undertaken research into attitudes to fish, suggests some answers − apparently we think fish is expensive, perishable, smelly and difficult to eat. But is that really the case?

Apart from the last one − yes, fish on the bone can be daunting − it's hard to see any justification for this, particularly as the majority of fish comes filleted these days.  OK, some fish − and shellfish − are pricey but no more so than prime cuts of meat − and frozen fish is very good value. Most fish is prepared in such a way that you barely have to handle it and has a 3-4 day shelf life. It shouldn't smell at all.

For many people of course there's no rhyme or reason behind their dislike − it's more a question of shuddering at the sheer idea of fish.  I have two friends (both male) who simply won't touch it. (Actually one's coming round under my relentless bullying and has discovered he actually quite likes it. I've been less successful with my youngest son, another card-carrying fishphobe − apart from fresh tuna, seared like steak.)

Others who say they don't like fish will happily eat fish fingers, tinned tuna and salmon fishcakes which I remember Antony Worrall Thompson once saying he could never take off his menu. As if they don't really count as fish.

So what can we do to bring the anti-fish brigade round? What puts you off it and what dishes might tempt you to have another go? Saturday Kitchen regular Nathan Outlaw, who cooks in a two Michelin starred restaurant on the Cornish coast reckons 'anything coated with crumbs' such as sole goujons is a winner. "The schoolkids I work with will even eat oysters if they're dipped in breadcrumbs and deep-fried." 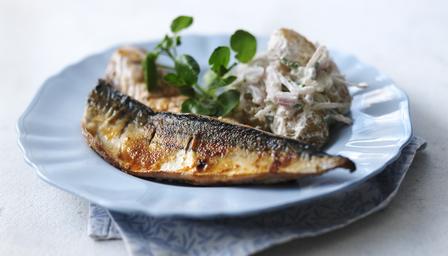 Mackerel: cheap, sustainable, healthy and delicious - even without breadcrumbs.

Prawn cocktail? Thai crab cakes? Barbecued fish in a spicy marinade? There must be something fishy that would win you round. Or, if you're already a fish fan, how have you managed to persuade your friends and family to eat fish?