What would you cook for Clooney?

Guess who’s coming to dinner? Martin Scorsese, Woody Allen, Brad Pitt and George Clooney… without even mentioning the rest of Hollywood’s royalty, those names would be enough to send many a chef, amateur or professional, in to a meltdown.

But it will be the 18th year Austrian-American culinary darling Wolfgang Puck has catered for such film luminaries at the annual post-Academy Awards dinner, the Governor’s Ball. 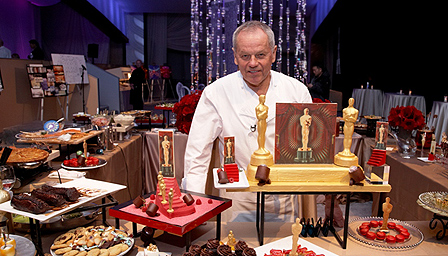 Wolfgang Puck with the dishes that will be served after this year's Oscars ceremony.

If I was cooking for Clooney et al, I would stick to my tried and true formal dinner menu favourites which hark back to my Pacific fusion cuisine roots. Scallops on a cauliflower purée, NZ lamb and potato roti, pavlova with a berry coulis… things I know I can cook and could ramp up a notch for celebrity guests with some careful food styling and haute cuisine inspiration. Oh, the pressure!

But Wolfgang Puck has done formal sit-down dinners for the previous 17 Governor’s Ball meals, and says this year, “we really wanted just to have fun”.

“Normally it’s very uptight, a black-tie dinner, the biggest night of the year in Hollywood, and the only thing missing is the British royals,” he says.

So what’s he cooking? Like me, he too is going for a “greatest hits” menu – but from a more informal realm of cooking - comfy classics including pizza, macaroni and cheese, spring rolls and sushi. At this year’s ball, the dining style is going to be much more relaxed, with guests able to eat wherever they choose to stand or sit, or “hang out”.

The day of batter-based feasting is upon us, and this year I’m bucking the trend. I’m not looking up how to make perfect pancakes for Pancake Day. I’m making crêpes.

Before you resurrect capital punishment for cases of high treason, let me explain. First of all, I spent my childhood in Pennsylvania where Fat Tuesday was in no way related to pancakes – it is Fastnacht Day, celebrated with simple sugared doughnuts.  I have no genetic history which compels me to have a pre-Lenten pancake party.

Don’t get me wrong, I love pancakes. In fact every Saturday was – and is – pancake day in my house. Usually I have them fluffy – occasionally lightened with egg whites, or tart with the addition of raspberries or blueberries.  I make them (mostly) to Hugh’s drop scone recipe, so perhaps I’m not making pancakes after all. The pancake police have yet to arrive.

But what’s a special treat to me is a crêpe – occasionally purchased from the beautiful lady at the farmer’s market (who claimed to eat 12 crepes a day, and was impossibly slender and elegant). I like them smothered in chocolate hazelnut spread, or soaked in orange liqueur. I like the Breton version made with buckwheat flour and loaded with Emmental cheese and ham – they seem to take an eternity to cook while you’re standing over them, clapping your mittens together for warmth, watching each shred of cheese melt. 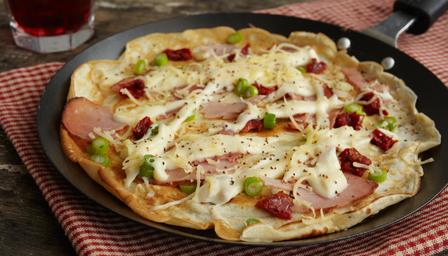 So what’s the difference between a pancake and a crepe that will make my Pancake Crêpe Day so special?

How to pair food and beer - part two

My last blog post certainly seemed to arouse a great deal of comment, and I look forward to reading the feedback for this one with interest. In this second post I’m considering golden beers, and in particular two styles, wheat beers and lagers.

Once again we are for looking to see if a beer complements, contrasts or cuts the flavour of the food.

So first I’ll look at wheat beers, which includes weissbiers and witbiers. A good wheat beer is a very flexible partner to a great many different foods, from omelettes to couscous. Refreshing in nature with good carbonation levels, wheat beers will help lift and cut through a whole range of dishes. 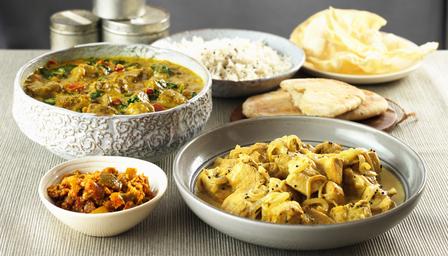 The food of love: Is Valentine's Day best home-cooked?

One day to go to V-day and the media is full of heart-shaped creations and other romantic recipes you feel you ought to be making. Restaurants are falling over themselves to lure us in with special offers and supermarkets with meal deals for two. So who’s got it right? Is it better to go out or to stay in? 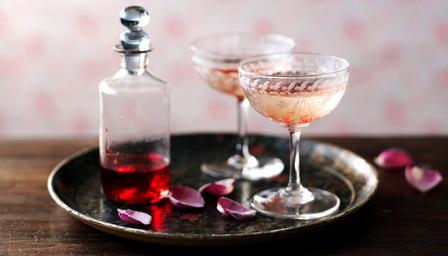 Personally I think Valentine’s day is the worst night in the year to go out for dinner. If you want it to be a special evening do you really want to share it with 50-odd strangers in a packed restaurant that will almost invariably overcharge you for the privilege - and certainly for the champagne?

On the other hand do you want to spend the evening, hot and flustered slaving over a stove on a creation you’ve never tried before and which may turn out to be a disaster if you take your eye off it - which you - er hem - might well. Hardly relaxing.

Then there’s the question of who fancies what foodwise? She may be bowled over at the thought of a salmon steak and a heart-shaped meringue nest topped with raspberries (though I reckon women’s reputed addiction to all things pink is seriously overplayed). He may fancy a hearty steak. Who’s treating who?

I guess there are some incurable romantics who take great pleasure in planning a special evening and others who regard Valentine’s day as a load of commercial tosh. It also depends what stage your relationship is at. A surprise, beautifully cooked dinner is a great way to impress if you can pull it off.

My own solution, I must confess, is to hunker down for a cosy night in with a bottle of champagne, lashings of smoked salmon and some gorgeous gooey cheese - maybe a baked vacherin or camembert but nothing that takes too much effort.

But how about you? What do you plan to do? And what would you cook to hook a new love?

The ultimate in food is an utterly personal ideal and, to a large extent, selfish in the best possible way. It’s all about your desires, making sure that particular flavour combination or texture is brilliantly highlighted even if you’re alone in liking it. So if you like muffins, as I do, then what you need isn’t the “best muffin recipe” so much as tips on changes you can make to correct the bits you don’t like to create your own personal best.

American cake-type muffins, as opposed to the flat English hotplate variety, are interesting here because the best ones are typically home made and fairly low-tech, meaning that the methods to achieve the best result can usually be found in every home. If I go back to an old recipe from 1931, out of a book I have called “The Baker’s Weekly Recipes” there appear to be two key methods traditionally used: 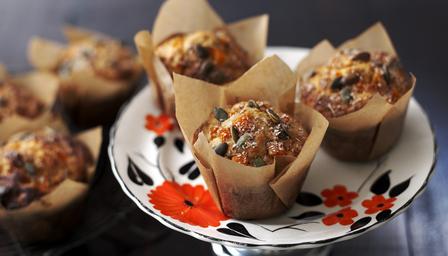 The all-in method: the liquid and eggs are beaten before the flour is folded through

The cake method: the butter and sugar and beaten, the eggs added, then the flour

Up in smoke: what makes smoked fish so irresistible?

This Christmas saw rises across the board in sales of smoked salmon from all the major supermarkets, despite our tighter budgets – in readymade canapés from Waitrose and big packs at Morrisons. Why are we so reluctant to give up this delicacy over all others?

Barney Peterkin works at the Valley Smokehouse in the Chew valley outside Bristol. They supply Raymond Blanc’s restaurant, The Manoir aux Quat’Saisons as well as many other restaurants. He talked me through the process at their smokehouse.

"Smoking's not done for preserving anymore, it’s done for taste. Modern refrigeration means you’re not hanging the product up for the winter – people now would find smoked fish from years ago very unpalatable, a lot smokier and a lot saltier. It was rough peasant food, and now it's a luxury food." 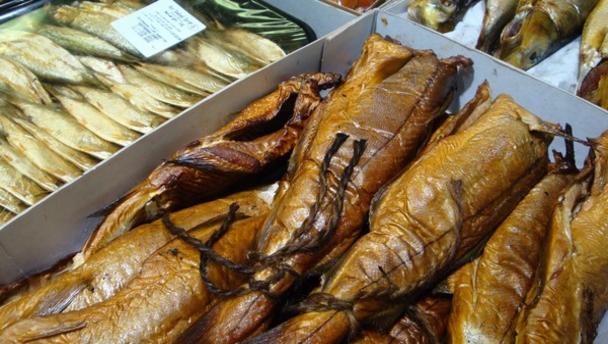 Arbroath smokies are so carefully produced by Scottish smokehouses they have been given Protected Geographical Indication (PGI) status by the European Commission.

In medieval times, whole, ungutted Yarmouth red herring were left in the salt for days before being smoked for weeks. The end product could last up to a year, but was so strong-smelling that it could be used to cover up a scent trail – hence the phrase.

So what happens in modern smokehouses? “First, we do a dry cure on all our salmon.  A lot of industrially processed salmon is injected with a wet brine, increasing the liquid content in the fish, while we’re trying to get water out. “