Whilst working on Simple Cooking, with its emphasis on successful culinary food pairings, we came across a number of secret confessions. The marriages of food that people tend to keep for themselves, either because they sound a bit dubious, or because they are distinctly personal. For every combination of flavours, textures, temperatures or contrasts that could be considered a much loved classic I came across something more curious or what you could probably call Weird and Wonderful.

Of course, few would deny that taste is such a personal subject that there is really no right or wrong, but some combinations of food can seem so unusual they defy the imagination. A mixture of salt and caramel would have been considered extraordinary a few years ago, and yet salted caramels are now on everyone's lips. I ate a dessert in a restaurant only the other day that contained peanut butter and salted caramel ice cream, a mixture that even now some might find a little odd. I am exceptionally fond of dark, almost bitter chocolate with sea salt, too. One of the most popular recipes in this series of Simple Cooking has been the dark chocolate discs with sugared roses, pistachio nuts and coarse sea salt flakes. 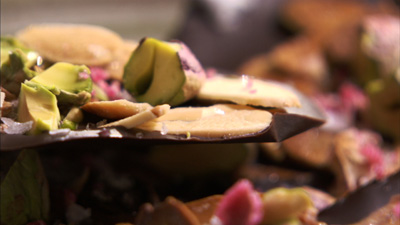 Some ingredients sound as if they should never meet up in the same dish, but end up working quite magically. In this category I would place black pudding and scallops, bacon and oysters and most definitely lamb and anchovies. But then some of the food partnerships that appear a bit unusual now, will in time seem perfectly normal. The idea of putting prawns and avocado together must, at one time, have seemed extraordinary. Likewise mango with prawns or chocolate and rose (a pairing that works in both rose creams and Turkish delight.) That said, there are some modern day marriages I still cannot accept, such as the fashionable idea of putting vanilla with fish, or chilli with chocolate.

I have recently heard strange stories of marmalade and cheese sandwiches, peanut butter and jam (very popular in the US, less so here),  steak with clams (the seafood brings out the flavour of the meat) and slices of fruit cake eaten with cheese. The last one is not unusual in the north of England, where a slice of cheese, perhaps a Caerphilly or Wensleydale is often served with a Eccles cake or a slice of rich fruit cake. A personal favourite of mine is an apple pie made with cheese pastry. The apple crumble I made for Simple Cooking had a savoury topping with cheese and herbs. At first the television crew were suspicious and I worried this might be the first thing I made in the series that would go uneaten, but once the first brave cameraman took a timid teaspoon and pronounced it delicious, they all started to tuck in. The next thing I knew it was all gone. Well, bar the washing up of course. 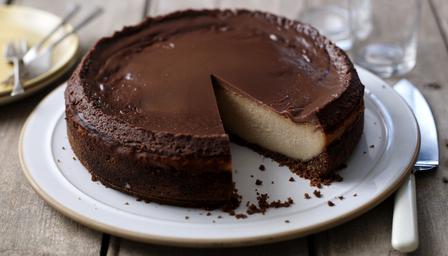 What unusual pairings will you admit to eating? And where do you draw the line?