Should cooking be compulsory in schools?

On January 20th the coalition government announced a total review of the school curriculum. There was plenty of coverage of the fact, but what didn’t capture the media's attention was the impact on the previous government’s commitment to getting 11-14-year-olds cooking again. The plan had been part of the former government’s attack on obesity. Teach someone to cook and they won’t spend a lifetime eating factory-prepared junk was the idea. It was to happen in 2011, but now it’s in limbo. Teachers have been retrained, school kitchens have been fitted, but the teaching and the cooking aren’t going to take place, at least not for a long time. If children are lucky their secondary school will teach ‘food technology‘ and if they’re luckier, they’ll get to turn ingredients into real dishes. Otherwise food tech will involve designing food packaging or theoretical sandwich fillings. Or, there won’t be any lessons involving food at all - food technology is not part of the core curriculum. 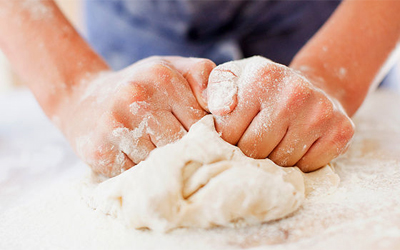 In this week’s Food Programme we were asking ‘why have we come to this and what can we do about it?’ We began with a little history from Dr Marion Rutland of Roehampton University about a subject that’s been taught in some form or other, mostly to girls, since the mid-1800s. And it brought me out in a rash of nostalgia. I formally learned to cook in my Lancashire village all-age school. Once a week a group of girls, from the weenies to the 15-year-olds on the brink of moving into the world of work were taken to a special cooking centre in Rawtenstall, each of us with our basket of prescribed ingredients. We learned what Dr Rutland called ‘plain cooking’. It seemed like good cooking to me then and still does: fairy cakes, meringues, Victoria sponges, jam tarts, apple pies, Lancashire hotpot, fish pie, cheese and onion bakes, steak and kidney pudding, and Christmas cakes and mincemeat in season. 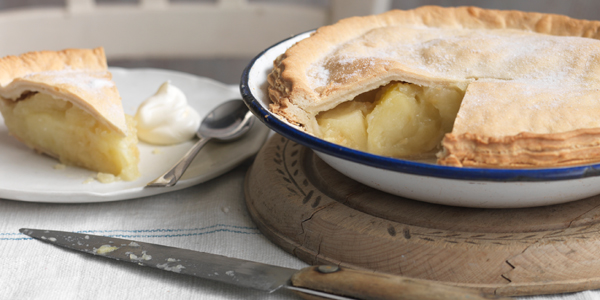 It was a recipe list that trained us in many skills that are easy to transfer as adults to the new dishes of our lively food multiculturalism. Pizzas, stir fries, green curry, beef ragout, tiramisu? No problem. Very few of the dishes we made pass the current - and frequently misguided - ‘healthy’ test (suet, lovely suet!), but we were very healthy. And looking at my school photographs now I see that none of us were fat.

But it was all change during the Thatcher years when the education ministry decided that what the country needed were not cooks who could feed themselves and their families, but food technologists who could work in the nation’s food factories: people who could design a theoretical frozen pizza, but who’d not the first idea of how to make a pizza. And so we created that generation of children we saw in Jamie’s School Dinners who don’t know a carrot from an onion and whose parents also don’t know a stick of celery from a cauliflower.

So, with compulsory cooking no longer on the agenda - or it won’t be until the curriculum review committee make a decision sometime in 2014 - what else is available? Over the last twenty years while food tech has been the official line, dozens of groups have sprung up to try to bring cooking back into children’s lives. The biggest, most ambitious and most successful has been the Soil Association-led Food for Life partnership financed with £16.9 million from the Lottery. In hundreds of schools they’ve been improving school meals as well as getting children onto farms, growing their own food and getting them cooking again.

One of the most interesting of the smaller groups is the Academy of Culinary Arts’ Chefs adopt a school programme. This year they’ll work with 21,000 children - a drop in the ocean, but one that makes a lot of difference to many families’ lives.

But is all this voluntary, entrepreneurial effort enough to impart the food skills that are necessary in rebuilding a food culture that will save this generation from the ills of mass obesity, rising rates of diabetes and a fracturing civility? Can the Big Society do it? I’m not optimistic.

So tell us, do you think domestic science or food technology should be compulsory in schools? How was (or is) cooking taught in your school?

Shelia Dillon is the presenter of Radio 4’s The Food Programme.