Is F1 heading back to North America?

Formula 1 looks to be heading back to North America, possibly as soon as next season, after commercial supremo Bernie Ecclestone said the Canadian Grand Prix could be reinstated in 2010.

The Montreal race - which was popular with teams and fans - was shelved for 2009 after a financial disagreement between Ecclestone and the race promoters.

But now Ecclestone has told Swiss magazine Motorsport Aktuell that "we'll be driving in Montreal again in 2010" and further reports have suggested that a seven-year deal to stage the grand prix is on the table.

"We have an in-principle agreement of how we're going to make the race happen," Ecclestone told CBC Radio. 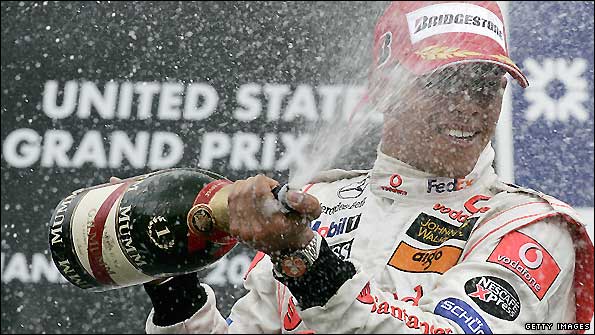 Ecclestone did not mention Canada in an interview with BBC Radio 5 Live commentator David Croft this week - but he did say that there might be a race in the USA in 2011.

Both bits of news will be greeted warmly by the F1 teams. They - especially the ones linked with car manufacturers - are anxious to get F1 back into the North American market as soon as possible.

The teams were angry that the Montreal race was axed especially over what they saw as a relatively trivial financial row.

That decision, coupled with the loss of the US Grand Prix the year before, meant that there was no grand prix on the North American continent - the biggest market for the road-car makers in F1.

The teams have called for a return to North America as quickly as possible, even if that means staging a non-profitable race to ensure that F1 cements a place in the competitive landscape of sport across the pond.

Ultimately, they want a race in Canada and one on both the East and West coasts of the United States.

They point to races such as this year's Turkish Grand Prix, where a relatively sparse crowd gathered to watch Jenson Button's win, as evidence that F1 needs to stage races in traditional motorsport heartlands to stay connected with its core audience.

The F1 Teams' Association, Fota, released a statement on Wednesday to welcome the signing of the new Concorde Agreement, the document that sets out how F1 is run and its revenues distributed.

The statement concluded by saying that: "Fota's attention will now turn to other issues we believe to be in the long-term interest of F1: racing at the best tracks, in front of the biggest audiences and expanding F1's reach."

It's a safe bet that we haven't heard the last of this story.